It’s been a long, hot summer – and it’s likely to just keep getting hotter. That jug of fresh iced tea isn’t meant to be sipped inside with the shades drawn and that blow-up kiddie pool you’ve outgrown doesn’t have to be your only means of summer heat relief. Because we have good news! There are quite a few places you can go to escape the heat – and none of them involve heading to the Southern Hemisphere. North America provides plenty of watery getaways, but you’ll also find a couple chill cities on this list. Here are the top 10 places to cool off in North America.

Vancouver does get a little warm at times, but for the most part, the cool breezes off the water that nearly surrounds the entire city are a constant relief. While the city’s public transportation is excellent, getting around on foot lets you see all its splendor. Try walking the Granville Bridge for the most perfect views of the city’s glass-fronted skyline, and then, after exploring the public market, take an Aquabus back across False Creek to downtown. If you’re looking for something a little more refreshing, visit one of the cities secluded swimming holes filled with glacier water. It doesn’t get much colder than that! Lynn Canyon is a great place for cliff diving, or to simply sit on a rock with your feet in the frigid water. There’s also Capilano Canyon located next to the Capilano Suspension Bridge where there are even more cliff diving spots, with some as high as 60 feet in the air!

There’s no denying Atlanta can be hot and sticky in the summer. But drive 30 minutes away to Marietta, and you’ll cool down in Six Flags’ stand-alone water park. Owned by the amusement park operators famous for their gravity-defying roller coasters, you’ll find more than lazy rivers and looping slides here (although they’ve got those as well). The Dive Bomber is White Water’s premier adrenaline rush, with their feet dangling freely in the air, riders are sent plummeting over a hundred feet, nearly straight down. Talk about a nice breeze! Calm your heart in the wave pool or get it racing again in the pitch-black darkness of Black River Falls.

Halifax, the capital of Nova Scotia, barely breaks a sweat in the summer because of its fresh salty ocean air. Take your camera to Lunenburg, a UNESCO World Heritage Site just a little over an hour away. The town looks remarkably similar to the way it did when it was founded in 1753, and its wooden architecture is perfectly picturesque. From Lunenburg, circle the island, photographing the iconic lighthouses along the coast. Then make for Brier Island, an out-of-the-way gem that features some of the best whale-watching in North America. Marine life is guaranteed (so always keep that camera ready!), but the refreshing breezes might be all you need. 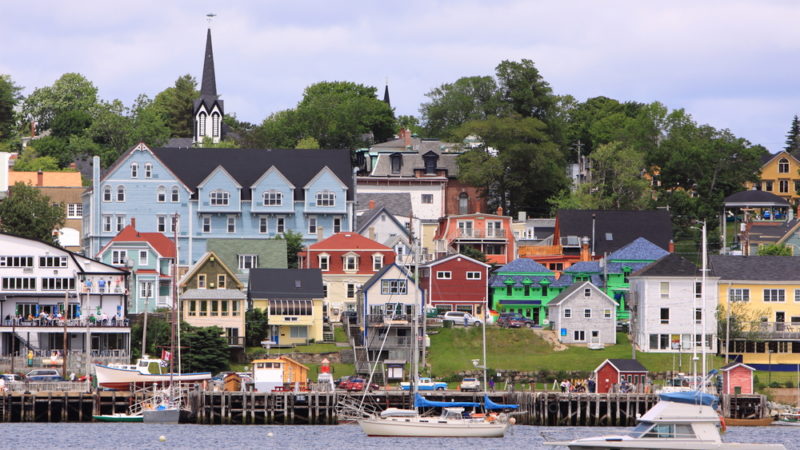 Remember those lazy summer days you spent as a child, barely leaving the water? You can revisit them at Michigan’s Upper Peninsula, where your biggest problem will be choosing which Great Lake to set your towel alongside – Superior? Huron? Michigan? Travel inland where you can cool off in one of the many glacier lakes, or hike to Tahquamenon Falls, the region’s largest waterfall. Explore the cliffs and beaches of Pictured Rocks National Lakeshore, here you can take a glass bottom boat tour of Munising Bay to view some of the area’s shipwreck sites, or paddle on your own through sea caves and around the coves of lighthouses. 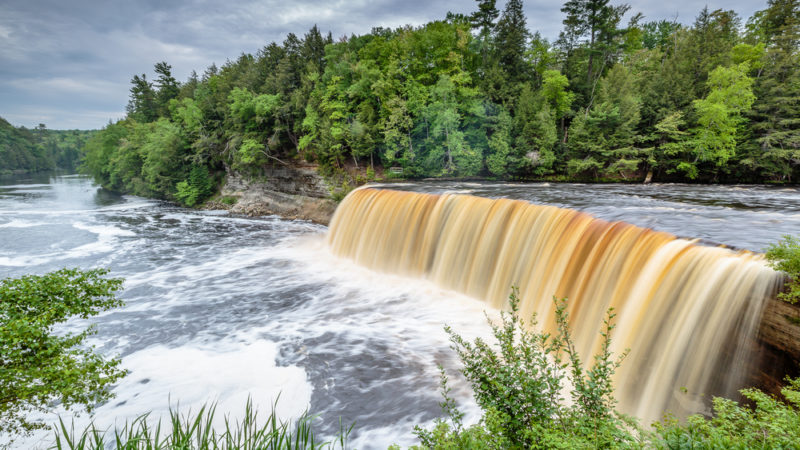 Maine’s coastline gets rather crowded in the summer, so head inland to this charming town, located on the edge of Rangeley Lake. Relax in town while wandering through the historic streets, or use it as a jumping-off point to the Rangeley Lakes Region, which consists of six large lakes and hundreds of smaller lakes and ponds, rivers, streams and waterfalls. It’s known as a fisherman’s paradise, but the area also offers up almost every water sport imaginable, as well as hiking trails, lake cruises and beautiful overlooks along the Rangeley Lakes National Scenic Byway. 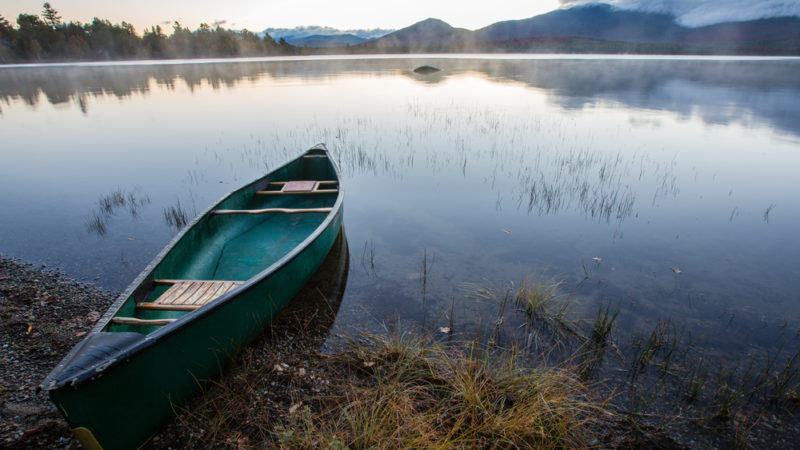 Escape the heat in Mexico? Yes, thanks to its mile-high altitude, the country’s capital rarely gets unpleasantly hot. Put aside any misconceptions of Mexico City, as it’s both beautiful and endlessly intriguing. Visitors can poke around the many markets, seek out public spaces displaying the works of Frida Kahlo and Diego Rivera, take in exhibitions featuring Aztec artifacts, or simply sit and sip the lightly-alcoholic beverage known as pulque. Those wanting a bit of exercise can hike Chapultepec Hill, which offers incredible views from its summit, then immerse themselves in a history lesson at its castle, now the National History Museum. 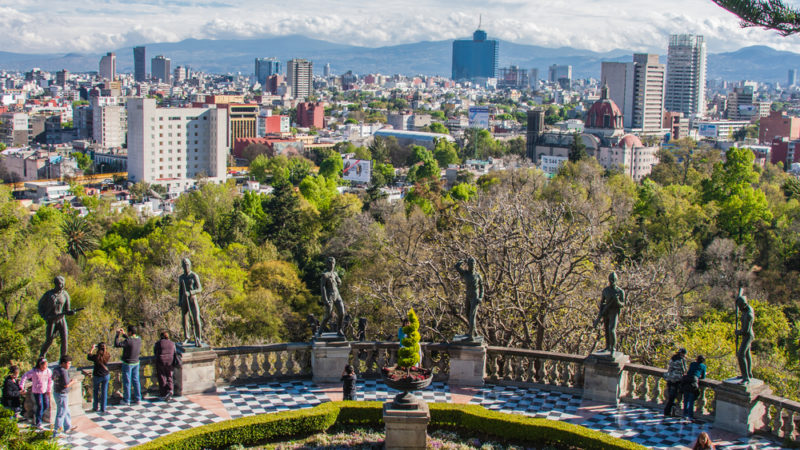 Amusement Today named the Verrückt the “World’s Best New Waterpark Ride,” which alone is a reason to visit. It’s the world’s tallest waterslide, and riders are strapped into a raft before being sent flying down a 168-foot drop, then whooshed up a second hill and down another 50 feet. This ride’s so popular that you need to make a reservation when the park opens, but once your group is assigned a ride time, there’s no need to waste time in line. That leaves you free to cool off in one of the many slides and chutes that transport visitors across the park, making it unnecessary to ever leave the water.

Babies of the ‘80s will quickly recognize Cannon Beach’s most prominent feature, Haystack Rock, from when the Goonies are checking their map for buried treasure. Ecola State Park might also be familiar to fans of the Twilight movies. But for Oregonians and visitors alike, Cannon Beach is simply a beautiful place to escape the summer’s heat. Even when temperatures push 100 inland, you might need a sweatshirt to walk the sand here. Oregon’s beaches aren’t meant for swimming – unless you’ve got a wet suit – but the dramatic, jagged coastline and the misty morning views will more than make up for it. 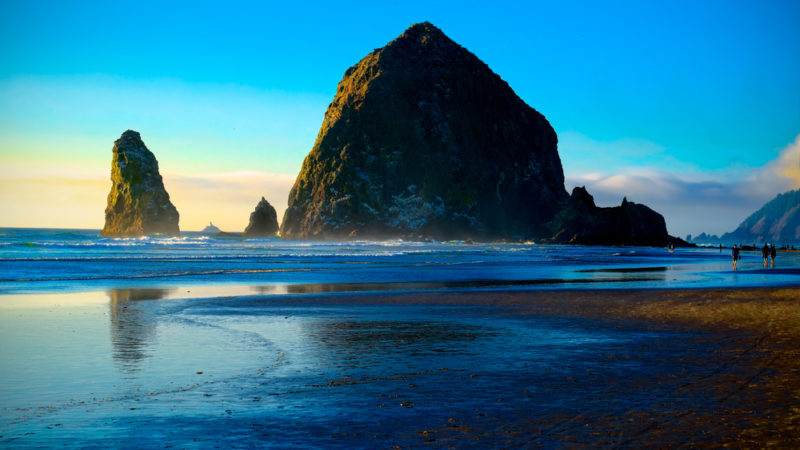 If seeing the continent’s tallest peak isn’t on your bucket list, then skip Denali National Park in favor of the second best with a truer wilderness experience at Wrangell St. Elias National Park. Mount St. Elias weighs in as the second-highest mountain, and along with two neighboring parks, the 24-million-acre wilderness park is the largest internationally protected area. Summer is short, the mountains retain their snowcap all year long, and you can kayak through Icy Bay. This area is also where you’ll find Bagley Ice Field, over 100 miles long, as well as the Malaspina glacier, which is bigger than Rhode Island. 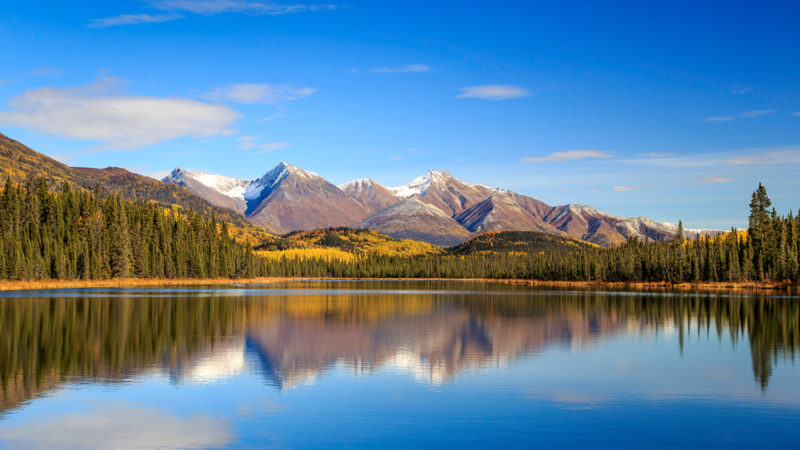 It might seem strange to build an ice bar in Toronto, where temperatures are near freezing half the year. But wise men and women looking to escape the heat should not only come to this city, where temperatures are rarely stifling, but also get themselves to the CHILL Ice House. Upon entry, guests put on hats and gloves, plus a digital watch that tracks purchases, so no one needs to feel their fingers freeze when handing over cash. Kids are welcome to come and gawk at the frozen interior until 8 p.m., but after that adults remove their coats and head to the speakeasy to sip drinks from ice cold glasses. 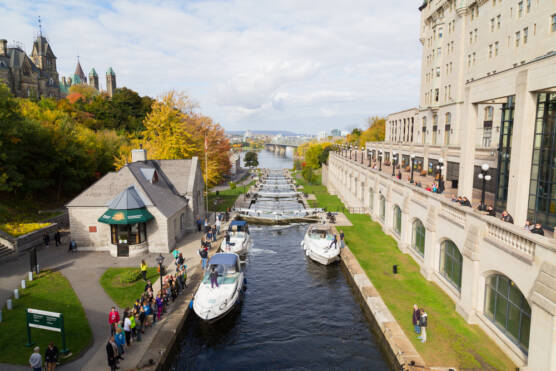 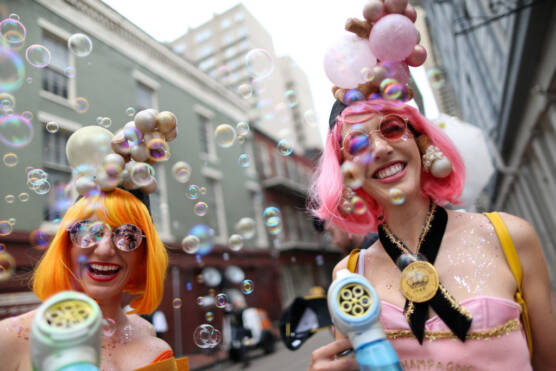 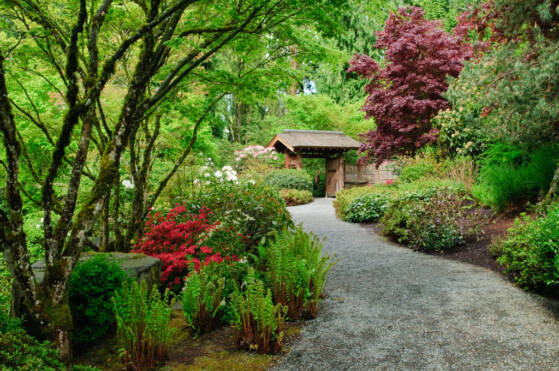 Worst Places to Visit in Bellevue, WA, if You Dislike Walking 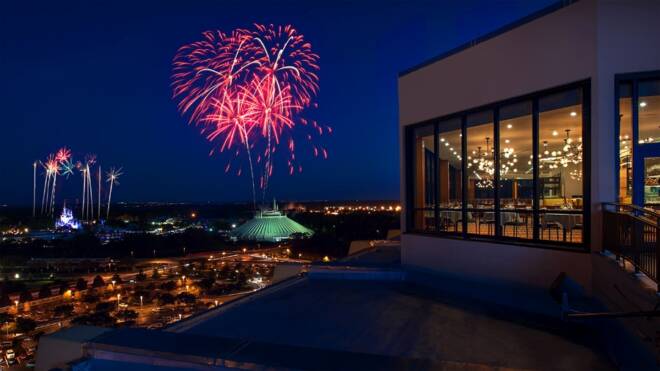 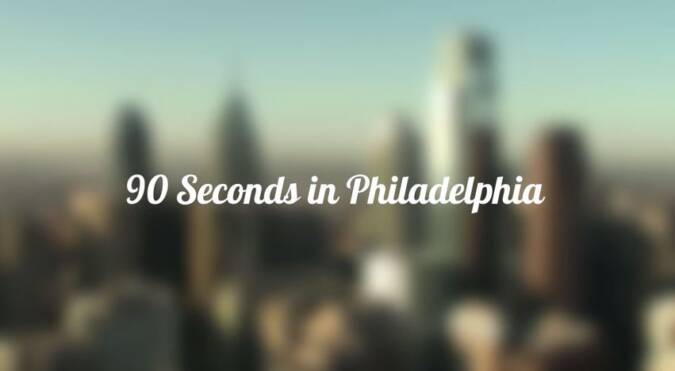 The Top 10 Free Attractions in Philadelphia 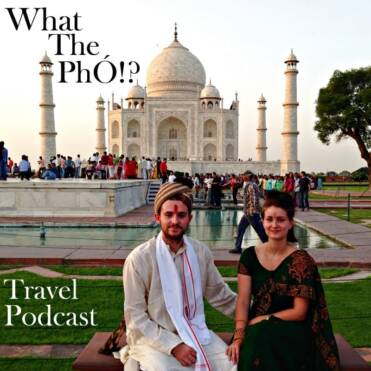 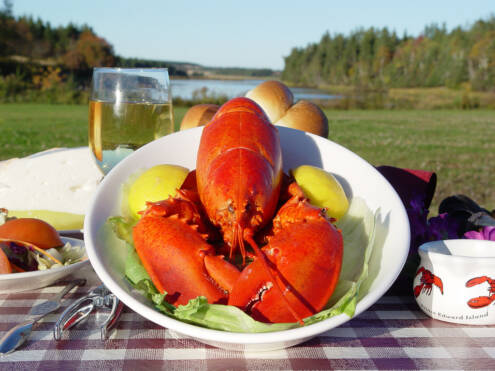