Kuala Lumpur, the capital of and most populous city in Malaysia was established in 1859 and has a population over 1.6 million. The history of the city is surrounded by tin, that being tin prospectors opened some mines which later developed the area into a trading post of sorts. The tin production was battled over by rival gangs in this city that is still known for international business today. While Malaysia suffered a lot from a public relations standpoint in terms of the recent commercial airplane disasters, Kuala Lumpur and its surrounding area continue to be the most industrialized, as well as the fastest growing economic region of Malaysia. With an annual growth rate of 5.9%, Kuala Lumpur is still growing rapidly as the center for finance, insurance, real estate and media arts in the country. The culture is rich and the skyline is fancy, and the wealth of infrastructure ensures there is plenty to see and do in this financial hub.

The convention center is a stunning, state-of-the-art business center providing all visitors with first class service and amenities not to be matched anywhere else, with the Plenary Hall being the center’s “signature masterpiece”.  For opening ceremonies or keynote speakers the two-level hall holds up to 3,000 attendees. Along with exhibition halls, conference halls, banquet halls and the theater, each and every room at the Kuala Lumpur Convention Center includes bright lights and excellent architecture. The Grand Ballroom is most elegant and sophisticated, with nine-meter ceilings, portable stages and the ability to separate the room in two which can accommodate 2,000 guests. The state of the art facility is perfect for business opportunities clearly, but is also a world-class tourist destination with outstanding food. A unique philosophy means the staff accommodate virtually anything the guest can come up with.  From caviar to lobster to coffee, any request is welcome to make this visit an unforgettable one. 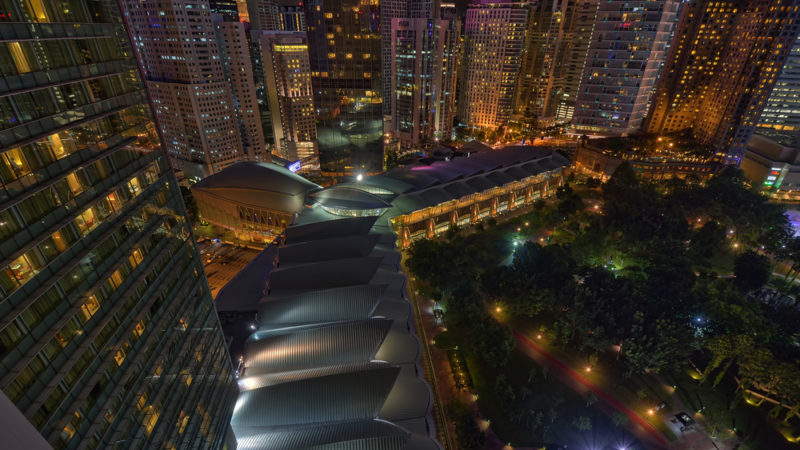 In front of the convention center and the Petronas Towers is the KLCC Mall known widely for the marvelous food courts. The bright displays and tall, circular architecture make this a cultural landmark as tourists shop and stop for photo opportunities in front of the towers, the wondrous outdoor fountain, and the other surrounding landmarks. Designer stores in this, the city’s largest mall make it a key stop for the avid shopper. However, as mentioned it is the food courts that garner the most praise from visitors for its variety and charm. Restaurants are scattered throughout the five floors, and the mall also features a stunning aquarium. A great visit during the day (or at night to capitalize on the illuminated water fountain), this mall offers some retail therapy after the blinding lights of Malaysian nightlife have taken their toll on tourists. Travel by taxi is not suggested due to high rates; instead look for green buses that run free of charge.

Menara Tower is the world’s seventh tallest communications tower. Although it is not as recognizable of the Petronas Towers, it actually offers an observation deck that is a full 100 meters higher than that of the Petronas’ Skybridge, at 276 meters. The tower was built over several phases from 1992 to 1996, standing at 421 meters tall with a 25 km observational range. The deck is open the entire year and overlooks several other attractions including One Malayasia Cultural Village and the race car driving simulator. A wedding ceremony in the sky is one of the coolest opportunities at the Menara Tower, as afterwards several venues below are available for the reception. The Village, Pavilion, Gallery and Halaman are all available for rent with each offering a unique unforgettable experience. Whether for a quick visit to the top or a romantic getaway, the Menara shouldn’t be overlooked as a must-see destination. 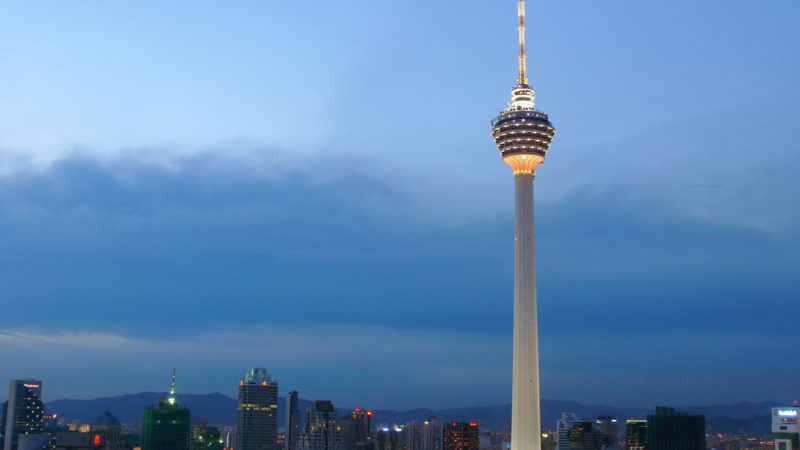 Since 1885 the Royal Selangor is the leading name in pewter across the world, known for its superior design and craftsmanship. The 100+ year history is intertwined with Malaysia since the induction of pewter production which lead to an expansion into gold and sterling silver. Located just 20 minutes outside the city, the center is the winner of the Malaysian Tourism Best Tourist Attraction Award 2004 because of the connection to the national identity and heritage of the country. Other organizations have given praise to this 40,000 square foot center in the form of awards. The giant beer stein out front is the backdrop (along with lush greenery) for many photo ops with national and international dignitaries over the years. Open 9-5 daily, no appointment or fees are necessary. Simply enter, and enjoy the history it has to offer. Don’t speak the native tongue? Guides are available in English, Malay, Mandarin and Japanese.

This walkway also known as the Pavillion-KLCC pedestrian bridge spans 1.172 km connecting the Pavilion KL to Impania KLCC Hotel and the convention center. Along the bridge there is a dining and entertainment strip as users pass by other busy areas in addition to the monorail station. This is indeed a safe method of travel on foot between tourist destinations (including the Petronas Towers) and major retail locations. Opened in January 2012 by the Malaysian Prime Minister, it was funded by oil moguls with the intention of being a safe and comfortable alternative to the highly congested and traffic-laden streets. It still offers great views of the city’s architecture while protecting users from the elements with air conditioning added into the mix. If for no other reason than to see it, the Bukit Bintang Walkway makes getting to multiple destinations convenient without the probability of wandering into traffic or pushing through a crowd.

This fresh and modern mall is said to be the most complete and enjoyable based on its size and location. Many shoppers relish the escape from the chaotic streets that surround it, as it offers a sense organization and cleanliness that can get lost in the very populous city. Malaysians love their food, and again this mall’s food court is beloved by many for its low-cost, yet enjoyable options. It is of course air-conditioned (appreciated in these parts) but the organization of shops, food and exhibits is noted. It is also important to note that the Pavilion Mall is kept very neat and tidy compared to others, and it is also easy to access. A fountain out front along with gorgeous displays of flowers and lanterns inside provide a sense of elegant culture that seems to capture exactly what shoppers are hoping to get once they step inside.

The Batu Caves are impressive landmarks made of limestone, originally used for Hindu festivals and pilgrimages. Widely noted as a cheaper alternative tourist destination the caves certainly are a bang for your buck. While fun and adorable, the top portions are full of some sneaky monkeys that many visitors note will “snatch away any edible or drinkable” products you may have in your hand. Many tourists photograph the monkeys more than they do the caves themselves. The natural cave is a beautiful sight on its own, but the backdrop of a modern city makes for an interesting comparison. Dress simply and comfortably for this spot, as unlike most of the other Malay tourist destinations these caves do not offer refuge from the heat in the form of air conditioning. The statues are plentiful and dark cave tours are offered, but those monkeys are clever, so hold onto your belongings even when in the dark. 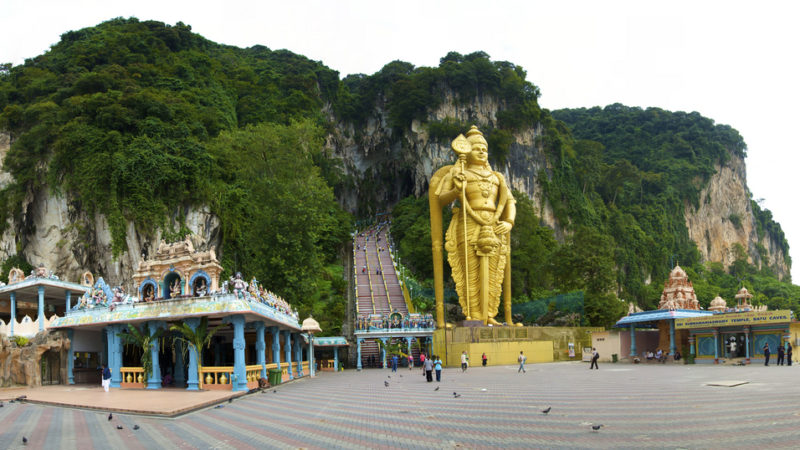 A walking tour of what Malaysian cuisine has to offer is an unforgettable experience, high on the list of many tourists from across the globe. The idea is to give an insider look of the city while testing and tasting along the way. Finding the right tour guide is key, as their connections and knowledge of the culture are sure to affect the outcome and lasting impression this trip has. Local food markets, small Malay villages, and Sikh temples are just some of the places to stop by and eat that may never be discovered simply by walking around as a tourist. At the request of the traveler, some tour guides can take one through a vegetarian-only walking tour if necessary, as Kuala Lumpur has such a versatile food scene. Tourists are sure to be solicited, but it is a small price to pay for getting to see everything from a different, and in most cases ‘insider’ perspective.

The 20.9 acre park is one of the most popular tourist attractions in the country making its stop at number two on our list. With over 200,000 annual visitors, the park is home to over 3,000 birds spanning across 200 species. Located next to the Lake Gardens the park’s surrounding scenery is particularly breathtaking to experience while bird watching or simply exploring the grounds. Divided into four sections, in zones 1, 2 and 3 the birds are allowed to roam free as this area mimics their natural habitat. The free flight is the main concept of the park and is what makes it stand out from any other bird sanctuary you may have been to. Because of this, many of the species even feel at home enough in all of the foliage to create natural breeding or nesting grounds. The experience is akin to that of a tropical rainforest, and the sense of continued conservation of the surrounding species only makes the experience that more enjoyable. 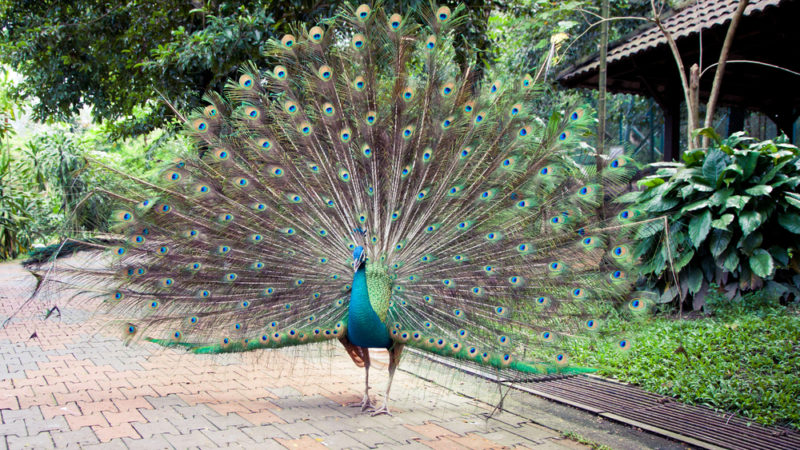 By now, these famous towers have been mentioned a few times and it is no surprise these wonders are number one on the list. Illuminating at night, no trip to Kuala Lumpur is complete without a visit to the Petronas Towers. Purchase tickets in advance to avoid disappointment as access is on a first come, first serve basis only from Tuesday to Sunday. At 451.9 meters the 88-storey twin structure is the focal point of Kuala Lumpur’s skyline and the city’s most prized piece of architecture. The towers include of course the Skybridge; the world’s highest double-decker bridge. The bridge links the towers at levels 41 and 42, facilitates movement, and also acts as an emergency escape route from either tower. In addition, the observation deck provides a perspective unavailable elsewhere, looking down on the city from 360 meters above. The proverbial must-see of a Malaysian trip, the Petronas Towers are right up there with other notable tourist towers like the CN Tower, the Empire State building and the Dubai towers. 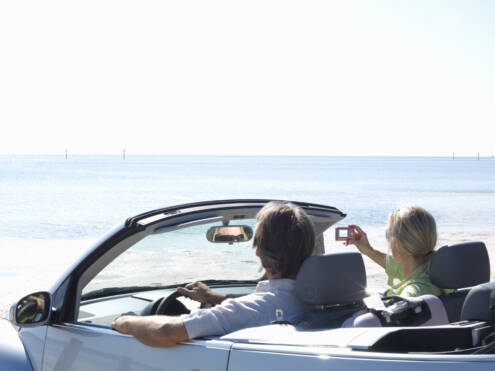 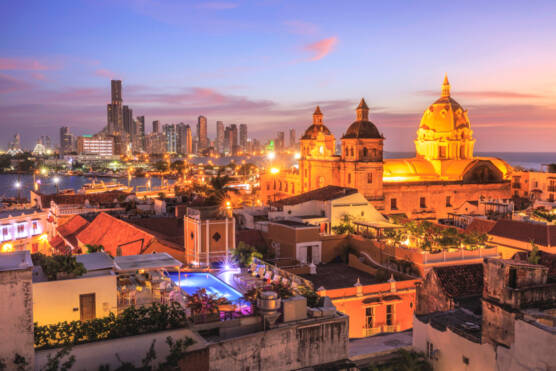 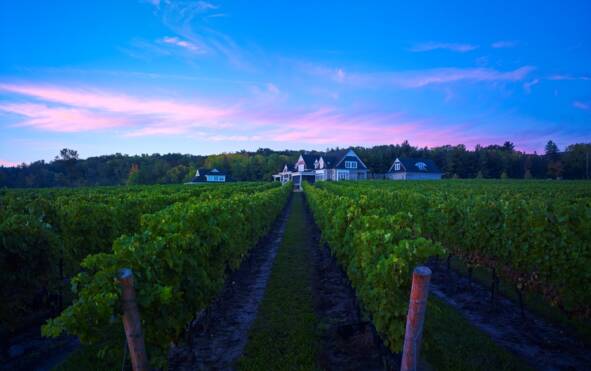 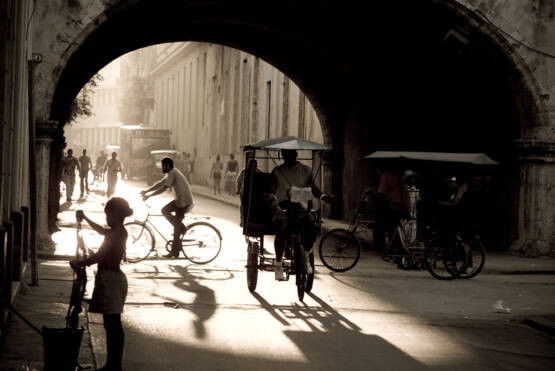 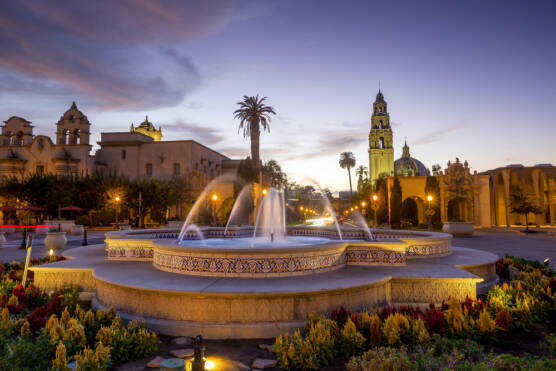 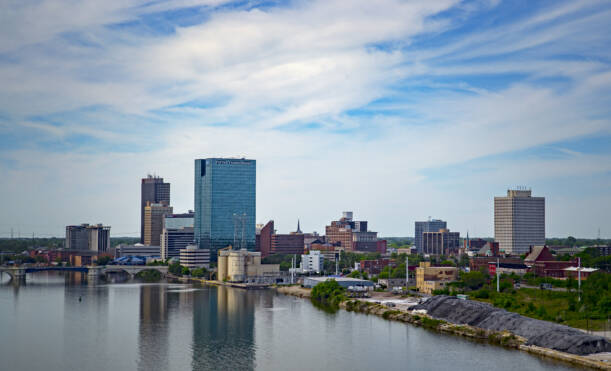 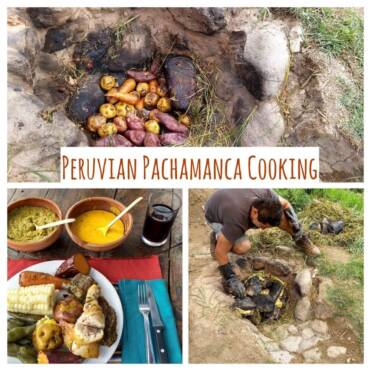