It is a curious, almost inexplicable sociological phenomenon, uniquely American. The fanatical devotion and big business of college and university sport is unmatched elsewhere in the world. College teams often outdraw professional NFL franchises, minus the huge payroll. College sports fanatics (in the true sense of the word) exhibit behavior usually associated with religious fervor or membership in a cult. One Stadium features a Touchdown Jesus and nobody complained about blasphemy. A British sociologist named Desmond Morris has a theory that loyalty to a team is the modern incarnation of our Paleolithic tribal origins. The player/heroes touchdowns, baskets or goals are perceived by our caveman neurons the same way as the hunter’s, whose ‘kills’ ensured the survival of the ‘tribe’ (even if today’s version of the tribe looks like 100,000 plus screaming, slightly inebriated fans). It is rare that technically amateur sport arouses such passion. The venues in which these athletic ceremonies occur have become sports temples where fans gather to worship the brave and noble warriors who ensure not only the tribe survives, but becomes the number one ranked tribe in the nation with the divine status, glory and TV contracts that ensue. Here are the 12 college sport venues who provide the most unforgettable of sports experiences:

Home team: Blue Devils
Opened: 1940
Capacity: 9,314
The Duke University Blue Devils is one of the elite programs in all of college sport whose supporters’ fanaticism is up there too. How 9,314 people can make that much noise is a scientific mystery, but much of it comes from the legendary student section, affectionately known as the Cameron Crazies. The program dates all the way back to 1906 but the Cameron’s 75 year history is rich enough with the team’s five national championships.

Home team: The Fighting Irish
Capacity: 80,795
Any place that has a Touchdown Jesus beneficently looking down on the stadium calls for a visit. The brand might have faded in recent years but the illustrious Fighting Irish remains one of the most legendary athletic institutions in the world. It was they who won one for the Gipper, where Knute Rockne reigned and where the great Grantland Rice (after whom the renowned website is named) wrote the most famous lead in sports writing history of the “Four Horseman of the Apocalypse. Unconvinced? Find a copy of the 1993 movie “Rudy” and get back to us. 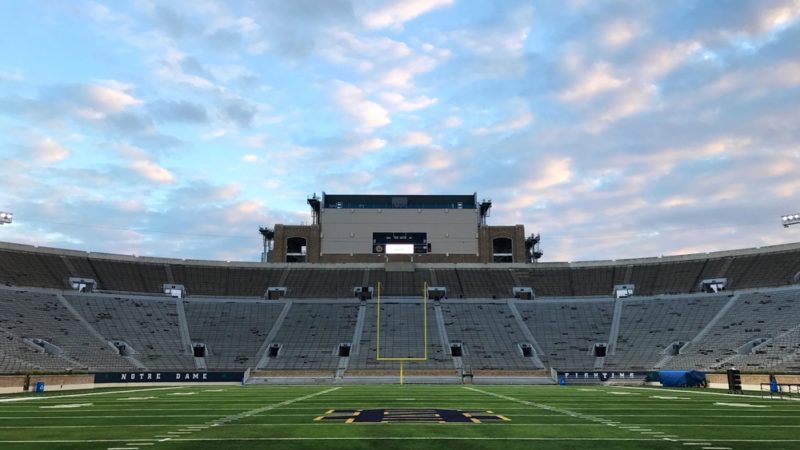 Home team: Indiana University Hoosiers
Opened: 1972
Capacity: 17,456
Home of the Hoosiers, Assembly Hall has been called the Carnegie Hall of Basketball. Three of the teams five national titles were won here. For 30 years it was home to basketball’s most famous tyrant Bobby Knight ruled with the proverbial iron fist running up an incredible record of 902 wins against just 371 losses. The intensity remains. The Hoosiers do occasionally lose but they never disappoint.

Home team: Alabama Crimson Tide
Opened: 1929
Capacity: 101,821
AKA Tuscaloosa’s Treasure. Home to the iconic perennial powerhouse Crimson Tide who spend most autumn Sundays grinding out-matched teams into dust. Originally with just 12,000 seats, its capacity is up to 101,000 and counting. The stadium is co-named after a former University President and one of the game’s great legends Paul (Bear) Bryant who strolled the sidelines for 25 years racking up 323 wins and found a young quarterback named Joe Namath. As the Bleacher Report says “In Alabama, football is life.” The 2015 Homecoming theme was Forever Crimson: Faithful, Loyal, Firm and True.” 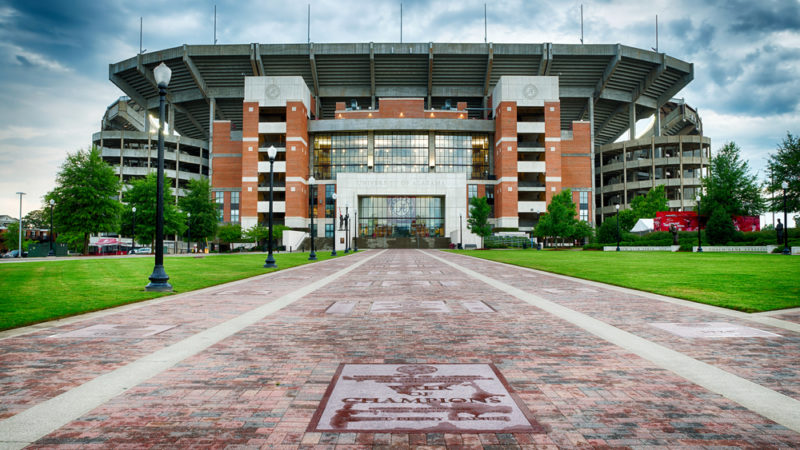 Home team: UCLA Bruins
Opened: 1922
Capacity: 92,542
The venerable American institution is home to the UCLA Bruins and has seen an Olympics and World Cup. But its fame stems from traditional bowl game that bears its name. First played in 1902, it was college football’s premier event on New Year’s Day for decades. Too many legends have trod the sod to count, but included are: 17 Heisman Trophy Winners, 29 national champions, 199 consensus All-Americans and 107 college football legends inducted into the Rose Bowl Hall of Fame. It remains a mecca of college football and an afternoon watching elite teams play as the sun sets on the San Gabriel Mountains is not a memory that will soon fade. 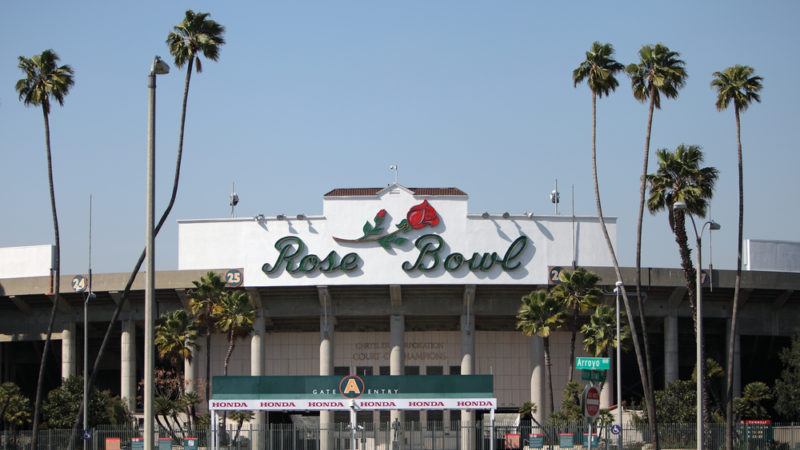 Team: Golden Gophers
Opened: 1993
Capacity: 10,000
Named for John Mariucci, the Hall of Fame coach from the 1950’s and 60’s, this is hallowed ground for American hockey. It is a hockey factory for U.S. born players whose alumni include Miracle on Ice coach Herb Brooks. The Golden Gophers 21 Frozen Four appearances are third in the nation. It is considered the premier arena to watch top-tier college hockey for two reasons. Fifteen of the team’s 2015 players were drafted by the NHL. The arena bears a striking quotation from Coach Mariucci: “Through these gates walk the greatest fans in college hockey”.

Home team: LSU Tigers
Opened: 1924
Capacity: 102,321
It stands to reason that, starting with the tailgating, the atmosphere of Saturday night football in Cajun Country is like no other. Just the thought of more than 100,000 Ragin’ Cajuns is unsettling. The rabidly hostile AND LOUD fans that religiously pack the stadium for home games has earned the Stadium the charming nickname of Death Valley. A sea of energy in the royal colors of purple and gold makes for a long night on the field for opponents and a memorable experience for the connoisseur of college sport. 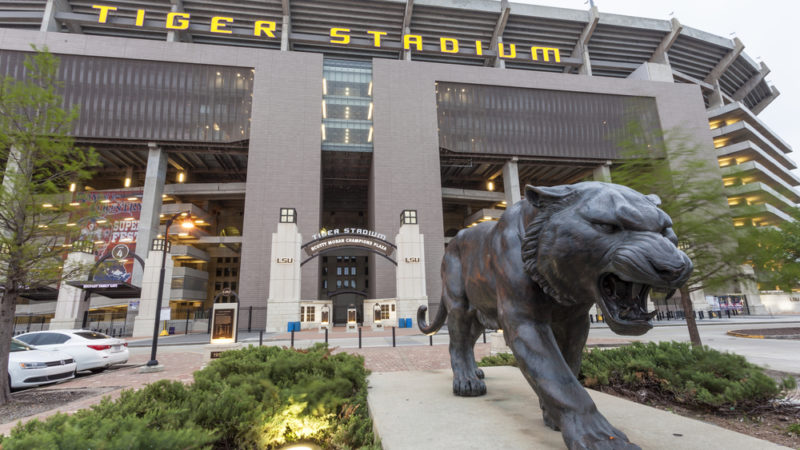 Home team: Wildcats
Opened: 1976
Capacity: 23,000
Kentucky is another perennial powerhouse and the Rupp (named after one of the greatest coaches ever) packs an unusually large crowd of 24,000 up into its rafters. It is the winningest college team in history since it came into being in 1903. Some of the all-time greats have played here but as testament to its continuing success, the current crop of Wildcats in the NBA number 4 potential future Hall of Famers; John Wall, Demarcus Cousins, Anthony Davis and Michael Kidd-Gilchrist. With its size and noise level and consistently elite teams, Rupp Arena is easily one of the most intimidating venues in sport anywhere.

Home Team: Army Black Knights
Opened: 1924
Capacity: 38,128
The football isn’t what it used to be. They have lost 13 straight in the iconic Army Navy series, but there are things that make this worth considering. The legions of cadets in the stands is a truly unique setting. The 1912 team featured a young player named Dwight D Eisenhower. The team mascot remains a live mule which was a tribute to a valuable military mode of transport when the football program began in 1890. From 1944 to 1950, their record was 57-3 with 3 national championships behind football legend Doc Blanchard and Glenn Davis, memorably nicknamed respectively Mr. Inside and outside. With three national championships. Vince Lombardy and Bill Parcells got their start here. It is like a true Field of Dreams, with ghosts of greatness still gracing the field on the banks of the Hudson. 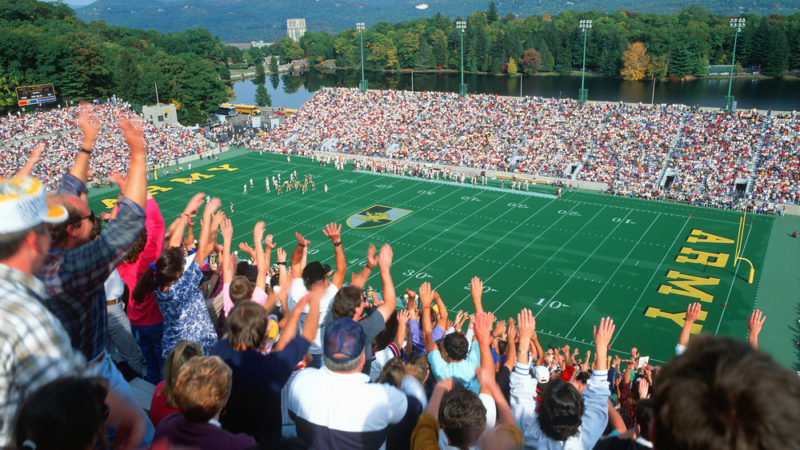 3. The Palestra -University of Pennsylvania

Opened: 1927
Home Teams: UPenn, Villanova, La Salle, Temple, St. Joseph’s
Capacity: 8,772
AKA the Cathedral of College Basketball. Unique in college sport, The Palestra as a kind of sport co-op has played host to more games than any other college arena in history. It is the home of the Big Five Philly based college teams. Named at the suggestion of a Classics professor for its Ancient Greek counterpart, it is a classic venue. 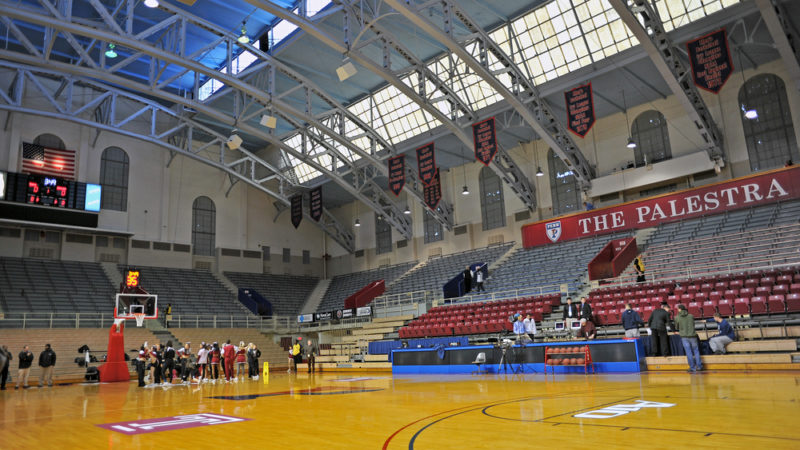 Opened: 1955
Capacity: 16,300
Since the Allen opened in 1955, the home team Jayhawks have had a record of 666-107. Since the program began in 1898 their record is 2153-831.tradition. The court is named after basketball’s Canadian-born inventor James Naismith, who was the first coach of the Jayhawks. Going to any Big 12 game is worth the drive/flight to Lawrence Kansas to see the blue and crimson at The Phog as it’s also known, the nickname of F.C. Allen the hugely successful early 20th century coach who was also a seminal figure in the development of basketball in the United States. But to take in the atmosphere of over a century of athletic excellence from Naismith to Wilt Chamberlain to NBA Rookie of the Year, Andrew Wiggins, is more than just a game.

Home Team: The Wolverines
Opened: 1927
Capacity: 109,901
It isn’t called The Big House for nothing. It is among the top five largest stadiums in the world. Maybe the only one who can claim to be home to more people on game day than Ann Arbor the town in which it sits. The National Hockey League staged a regular season game there between the Toronto Maple Leafs and Detroit Red Wings that drew over 105,000 people on a wintry day. A great venue with one of the most powerful tribes in college sport. 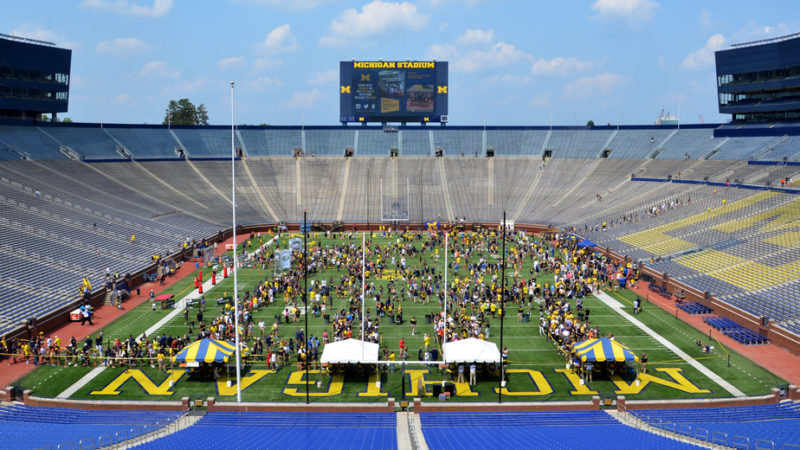 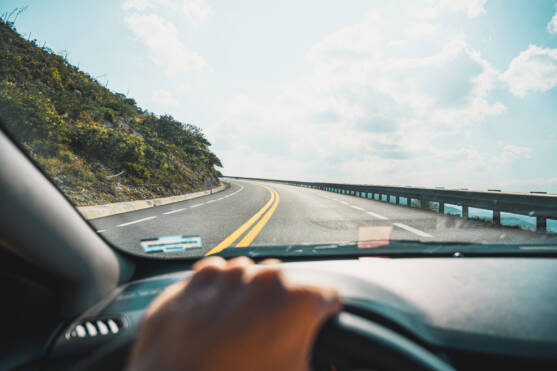 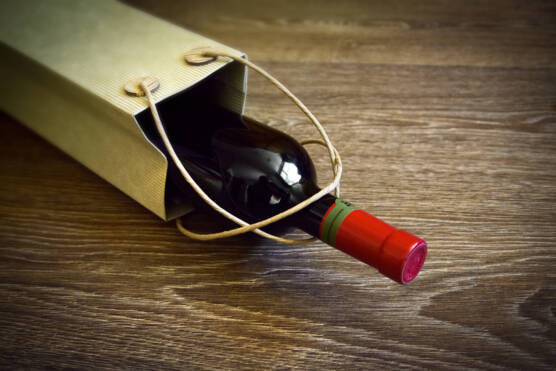 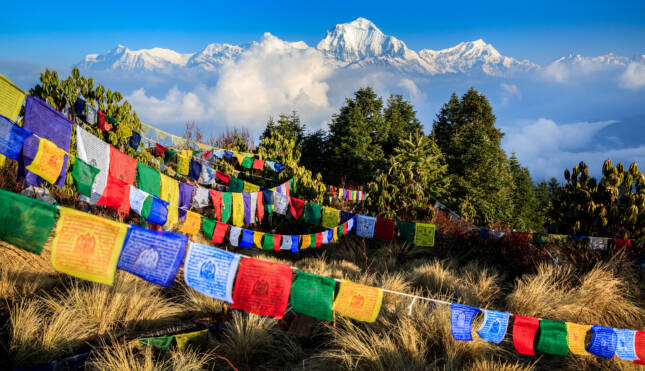 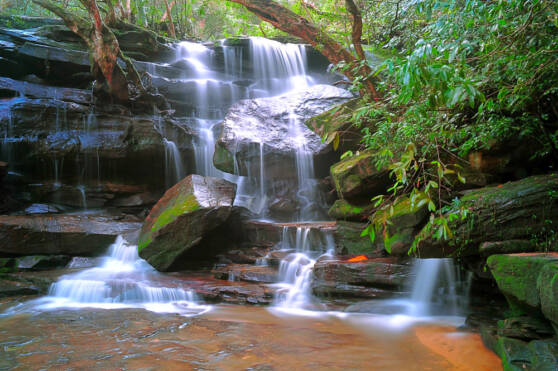 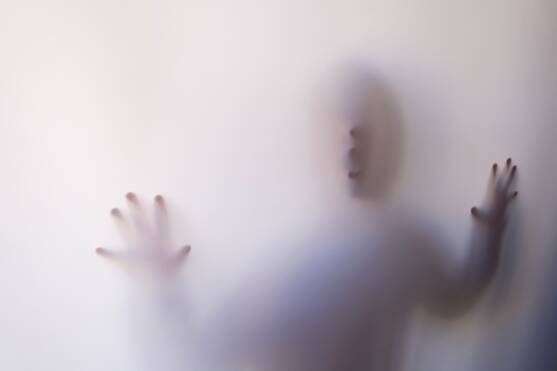 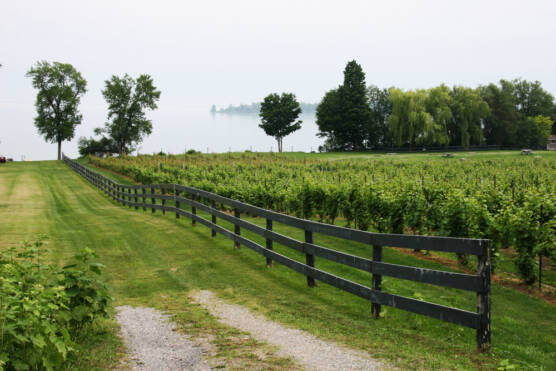 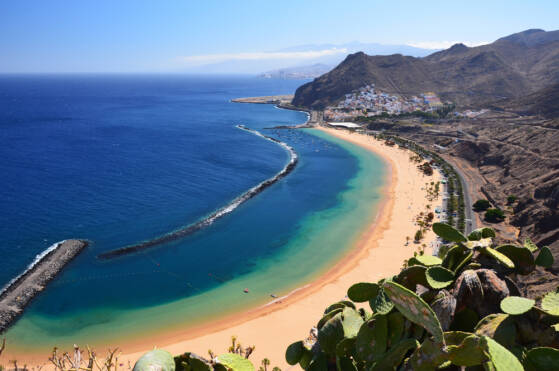 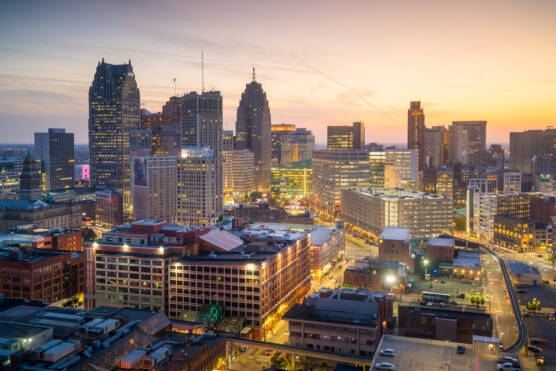