Turkey is home to some of the most impressive ancient ruins in the world. These historical sites range from ancient Greek towns to Imperial Roman capitals of wealth and power. If you’re planning on visiting Turkey these places of myths, legends, and history are a must-visit. Check out our list of the most interesting ancient ruins in Turkey you don’t want to miss!

Situated in northwestern Anatolia, Turkey, is one of the world’s most famous archaeological sites, the ruins of Troy. According to the legends of ancient Greek and Latin literature, Troy was the city center and setting for the Trojan War, one of the most notable stories from the Greek myths.

In 1870, the site was discovered and excavated by the famous archaeologist, Heinrich Schliemann. The archaeological research demonstrates that it was inhabited for almost 4,000 years beginning around 3000 B.C. When one city was destroyed, a new city would be built on top and thus created a human-made mound. Come see it for yourself and take in the 4,000 years of history!

In central Anatolia, the Hittites of Turkey ruled the land and their sacred holy site, Yazilikaya, a series of cone-headed gods carved into the rock. Located within walking distance from the gates of the city, the Hattusas Sanctuary contains two galleries, including an impressive open-air pantheon filled with Hittite gods and goddesses that date back to the 13th century.

In the larger gallery, there is interesting evidence that Hittites were open to accepting gods of other cultures into their pantheon like Enki, the Mesopotamian god of Wisdom, and the Teshub the Hurrian god. The sacred ruins mean “Inscribed Rock” in Turkish and can be reached from either nearby Corum, Ankara, or the little farming village of Bogazkale.

Gobekli Tepe was founded roughly 11, 500 years ago and is arguably the oldest religious historical site in the world. The Neolithic megaliths (large prehistoric stones that were used to construct the temple) are still being excavated. Do date, only about 5% of the site has been discovered.

The temple is located just 50 kilometers from Syria, in the region of Eastern Anatolia, modern-day south-east Turkey. Just in the last few years, this historical site has been declared a UNESCO World Heritage site. That said, it still has yet to be discovered by tourists. This is mostly because it’s located in a remote location. You can get to the site by air-conditioned tour bus but you can also check out some of the marvelous artifacts at the Sanliurfa museum. Either way, this is a must-see site if you plan on visiting Turkey.

Ephesus is an ancient city in Turkey’s Central Aegean region, close to Selçuk. Here you can see the excavated remains which display centuries of history from the Roman Empire to classical Greece. Located in the heart of a fertile valley, Ephesus was once a major trading center of the ancient world before it became a religious center for early Christians.

Today, the small village of Selçuk, a popular base from the site, surrounds the ruins. With its large theaters, magnificent pillars, and Hellenistic temples, it is considered one of Turkey’s most cherished open-air museums. It’s also interesting to note that the original site of Ephesus was on the Aegean coast, which over the centuries, opened up to the plain of the Kucuk Menderes.

Take a boat ride near the islands of Dalyan, Kaunos, and Myra and you’ll see what looks like magnificent temples carved into the side of a Turkish mountain but they are actually ancient Lycian Tombs. Lycian’s believed the honored dead needed to be placed in geographically high places in order to reach the afterlife

The burial tombs are known for their elaborate funerary art that stand out with distinctive Gothic detailing in facades that resemble typical Lycian homes. In an incredible feat, some of the tombs were carved directly out of the face of the cliff. The unusually large tombs held more than one body, which suggests that Lycians were a family-oriented society, and sometimes depicted scenes from mythology.

The Cappadocia Monasteries are an ancient network of cave dwellings and chapels carved out of the soft rock of the Cappadocia mountains. This is a must-see during your tour of the ancient ruins in Turkey. The rocky landscape was once home to early Christians fleeing persecution from the Romans. Taking a cue from Mother Nature, settlers started carving out homes and structures in the soft rock of what is now the Goreme National Park in central Turkey.

By the 4th century AD, the Cappadocia Monasteries were an urbanized underground system of homes, churches, stables, and storehouses. Monks worked tirelessly to decorate their cave dwellings with biblical paintings in the 7th century, which are preserved in isolation to this day. Even more extraordinary are the hotels and homes still used in the ancient caves for a truly one-of-a-kind experience.

Explore Hierapolis, the “Holy City” of the ancients, located on hot springs in classical Phrygia in southwestern Anatolia. The site is now considered a World Heritage Site and has become a popular tourist destination for both common tourists and history buffs. Today, you’ll see ancient theaters, crumbling relics of white terraces, and stone pillars overlooking the modern town of Pamukkale.

Thought to have been created by the god Apollo, people were drawn to the spot for centuries for its healing hot springs. It was believed that the vapors from the hot springs had healing powers granted by Pluto, the god of the underworld. In fact, scholars believe many ancient people went here in their old age to retire and relax in the warm waters. Although its origins are still debated by scholars, it is believed that the Seleucid Kings founded the city in the 4th century AD, a time when Turkey was a thriving trade route between Africa and Europe.

Aphrodisias was a small ancient Greek Hellenistic city and is located in the historic Caria region of western Anatolia, Turkey. The site consists of two ancient segments. First, there is the archeological site of Aphrodisias, and second, the marble quarries northeast of the city.

The temple of Aphrodite (dedicated to the goddess of love), dates back from the third century BC, and the city was built one century later. The city contains an unusually large amount of sculptures and Hellenistic monuments. In the peaceful, open-air museum, you’ll discover the spirit of the ancient world among relics from a great civilization.

Prepare to witness the ruins of a rich and powerful ancient Greek city in the Western region of Turkey overlooking the ancient Acropolis. The city of Pergamon was one of the most influential cities of the ancient world. Today, you can still see outlines of its former glory such as the acropolis, broken pillars, and the public theater that overlooks a grassy plain.

The settlement was established during the Archaic Period, a time of great wealth from the export of fine carpets, cotton, and gold. The Pergamon ruins are located near the modern city of Bergama in the western Izmir province. This popular tourist destination will allow you to witness the broken pillars of the Temple of Trojan, the Hellenistic Theatre of Pergamon, and the ancient library that looks over present-day Bergama.

Situated near the ancient ruins of Ephesus is St. John’s Basilica, one of the most cherished religious sites of the Middle Ages. Today, visitors can witness the rare, haunting beauty of a once-great ancient civilization, including broken pillars on the slopes of the Ayasoluk Hill.

According to legend, Emperor Justinian built the church in the 6th century in tribute to St. John whose 300-year-old tomb was buried at the site. During the medieval era, thousands of people made the long journey here to pay their respects to one of the most sacred sites in ancient times. Over the centuries, the church has seen its share of destruction starting with the Arab raids. In 1330 it was converted into a mosque and finally destroyed in 1402 by the Mongols. Although, today you can still see the traces of this marvelous site from its glory days when Turkey was the epicenter of trade and culture. 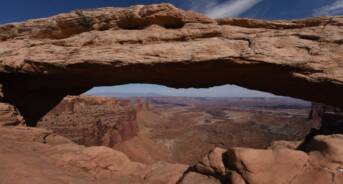 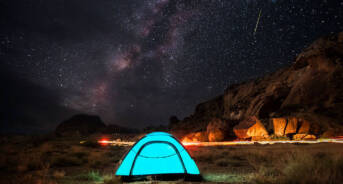 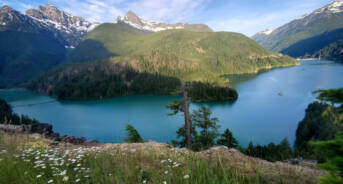 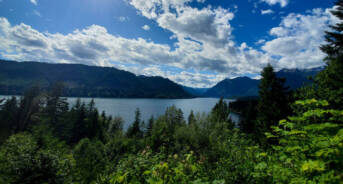 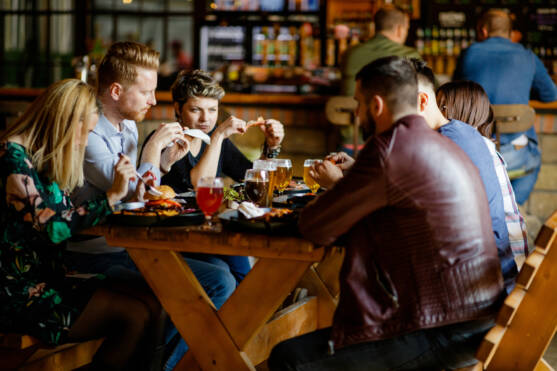 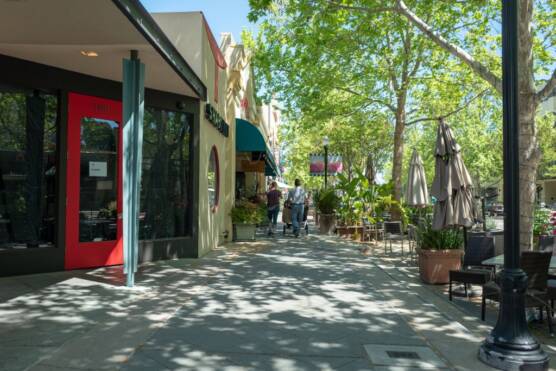 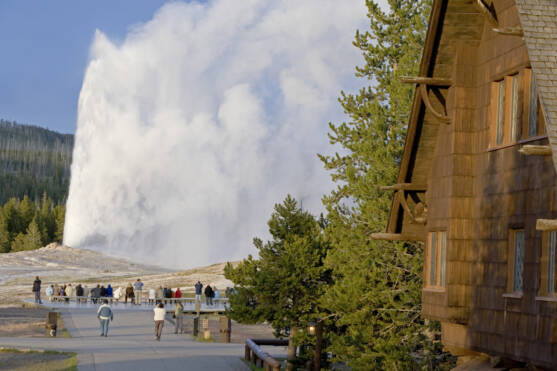 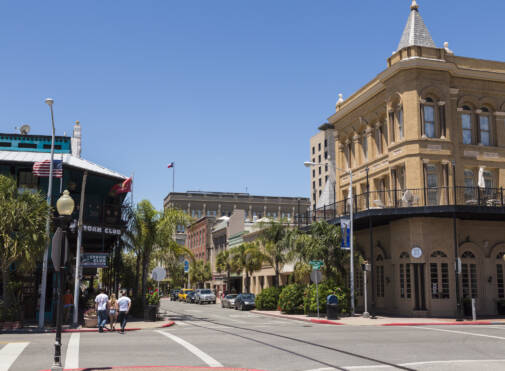 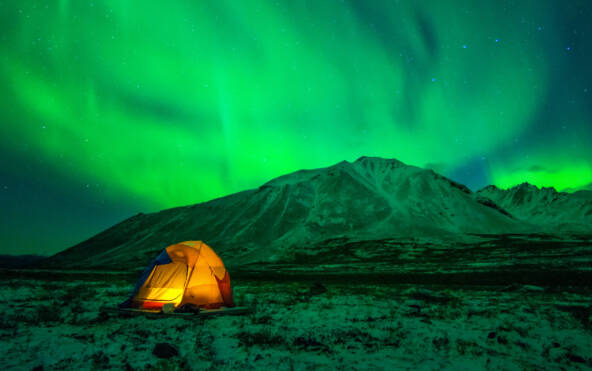 The Best Camping in Canada: Where To Go for An Outdoor Adventure 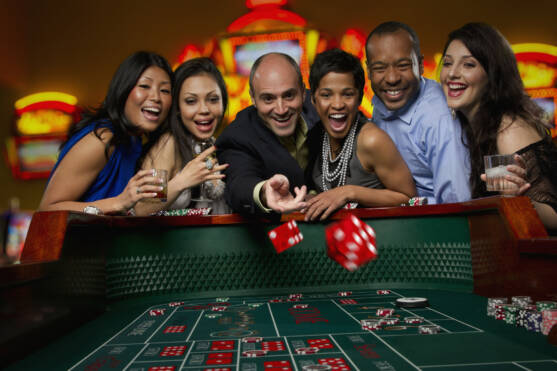 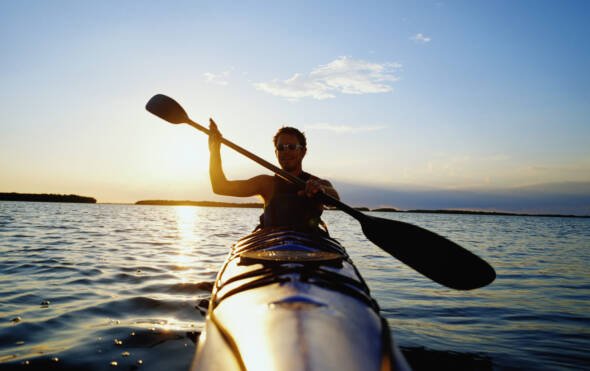 The Best Kayaking in Florida: A Paddling Guide To The 10 Must-See Spots