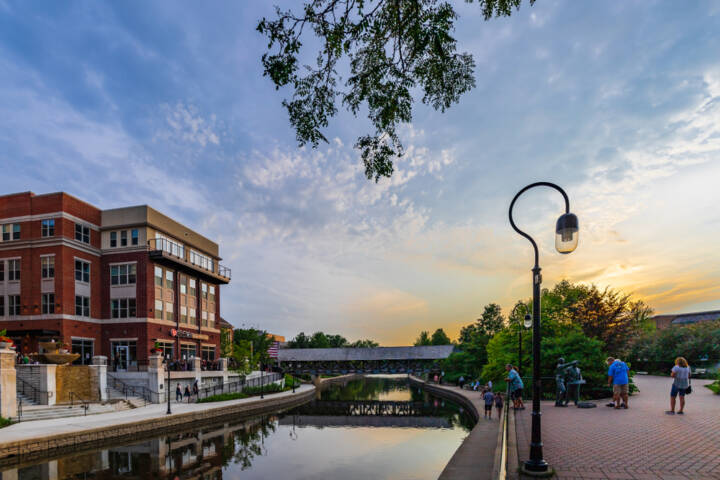 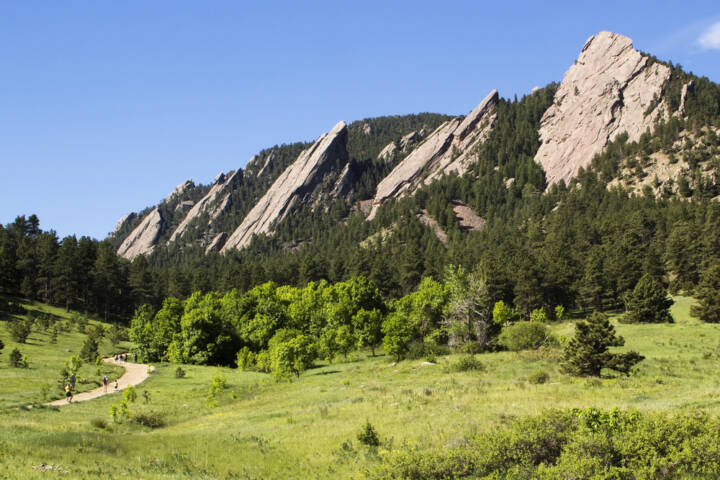 Boulder enjoys a reputation as one of Colorado’s most forward-thinking cities. Its longstanding spirit of innovation is powered by the University of Colorado-Boulder, whose anchoring presence has influenced generation after generation of local residents. The city is also nestled into the sweeping Rocky Mountain foothills, and its spectacular alpine scenery and excellent outdoor recreation are major tourist draws.

If you’re a skiing or snowboarding aficionado, the best time of year to visit is between January and March, during the height of the winter sporting season. Otherwise, your best bet is to arrive between June and August, though fall visits are also rewarding as the city and surrounding area enjoy dazzling displays of foliage. Here are 10 things other than hitting the slopes that you’ll want to make room for during your time in Boulder:

10. Enjoy a Photo Op at the Flatirons

If you’ve ever seen a photo of Boulder, chances are it featured the Flatirons. These iconic rock walls overlook the city from their perch on its southwestern flank, and are accessible free of charge every day between dawn and dusk.

However, there are a few things to keep in mind to ensure you have a more enjoyable visit: some of the hiking trails can be very steep, and they can also get pretty slippery after a rainfall or snowfall. Make sure you bring professional-grade hiking gear if you plan on attempting some of the more difficult climbs. Also, don’t forget your camera. You’ll see stunning landscapes you’ll want to capture. 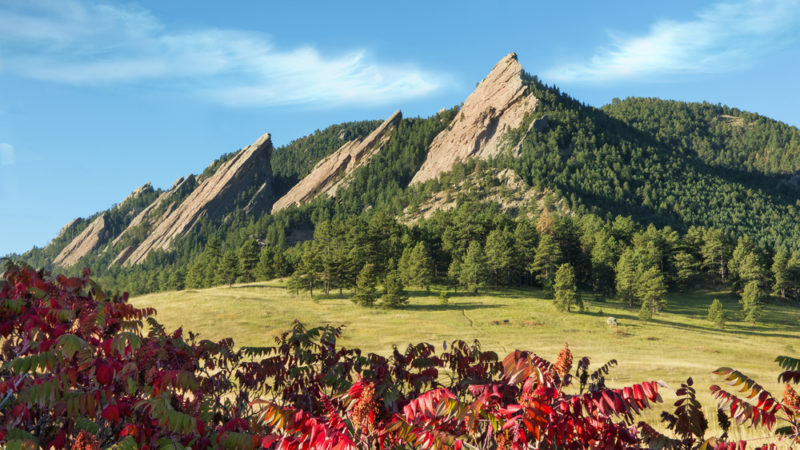 Chautauqua Park is adjacent to the Flatirons, and is another must-see outdoor attraction. Now a National Historic Landmark, Chautauqua Park began building its reputation for breathtaking beauty in the late 19th century, when it was founded as a nature preserve. Amazing gardens, idyllic paths, and landscapes that could inspire artistic masterpieces await visitors at every turn. As with the Flatirons, don’t forget your camera. Chautauqua Park offers free general admission, but the guided tours are affordable and make for an excellent educational opportunity. 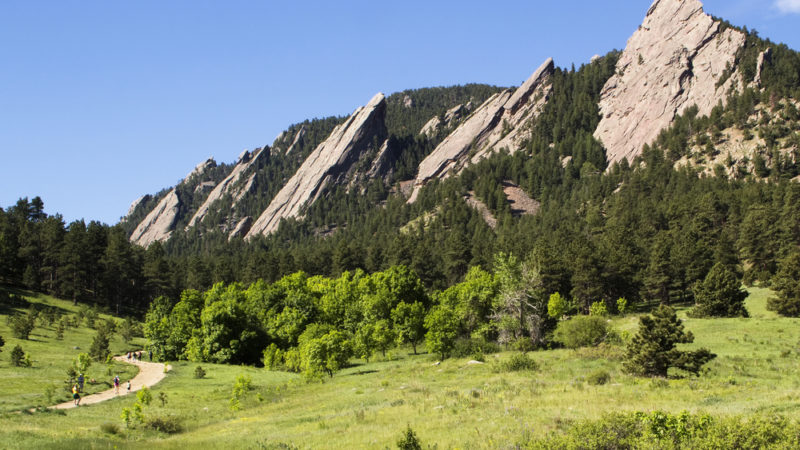 If you’re up for a challenge, many locals recommend hiking the Rattlesnake Gulch trail. The entire circuit covers just over three and a half miles, and leads to unbelievable vistas of the Continental Divide. You’ll also pass the ruins of the ill-fated Crags Hotel, which was destroyed by a mysterious inferno about a century ago. 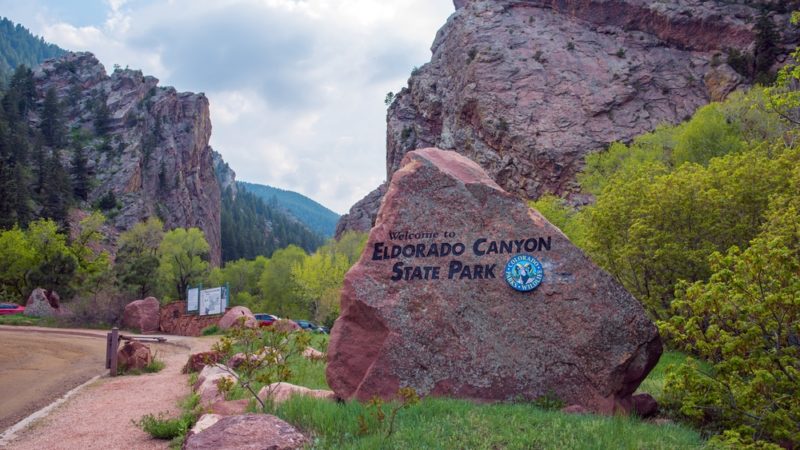 By now, you may be noticing a theme: hikes, hikes, and more hikes. Boulder’s population is among the healthiest in the United States, and with amazing trails like these surrounding the city, it’s little wonder why.

Boulder Creek Path is one of the prettiest, and it’s also easy on newbies and novices. If you want to enjoy a healthy dose of fresh air but don’t want to scale the Flatirons or meet the demands of Rattlesnake Gulch, Boulder Creek Path is an excellent alternative. The path is nestled in the heart of a reserve that is completely inaccessible to motorized vehicles, so you’ll also enjoy perfect peace and quiet.

6. Climb to the Peak of Flagstaff Mountain

This family-friendly activity isn’t as demanding or difficult as it sounds. While the peak does rise to an altitude of about 7,000 feet, there are easy routes that are suitable for school-aged children. Once you reach the top, you can enjoy a rest and an educational adventure at the mountain’s kid-oriented nature center, which delights young visitors with its interactive exhibits and fun activities.

Did you pack a picnic? Great! Outside the nature center, you’ll find picnic areas with soaring vantage points of the surrounding countryside.

Pearl Street is a shopper’s paradise that runs through the heart of Boulder. After you’ve had your fill of outdoor recreation, it’s a great place to browse for unique crafts and brand-name merchandise.

The street’s main attraction is its pedestrian mall, which includes a wide range of independent boutiques and franchise retailers. Ready to relax after a long day on the trails? Pearl Street is a great place to unwind, with loads of restaurants, microbrew pubs, cafes, and spots to people-watch.

Boulder is one of America’s tea capitals. Celestial Seasonings, the largest manufacturer of tea products in North America, is headquartered in the city. Readers of USA Today recently ranked its factory as one of the best food company tours in the country.

A visit to the Dushanbe Tea House is also highly recommended. Named in honor of Boulder’s sister city, the Tajikistani capital of Dushanbe, this Central Asian-style team room is a true one-of-a-kind building. It was actually made in Tajikistan, and every piece of the façade was shipped over to the United States, where it was faithfully reassembled by a team of experts.

3. See a Show at Boulder Theater

In second place behind the Flatirons as an instantly recognizable icon of Boulder is the Boulder Theater. Open since 1906, this classic music venue has hosted some major concerts over the years, with A-listers like Sheryl Crow and Shawn Colvin among those who have graced its stage. The Boulder Theater is also a central part of the city’s thriving local music scene, and it’s a great place to catch up-and-coming regional bands before they hit the big time.

2. Tour the University of Colorado-Boulder Campus

Boulder’s CU campus is widely recognized as one of the most beautiful in the American West, and it’s well worth exploring if you have an hour or two to spare. If you happen to be visiting during football season, sports fans will also love the experience of attending a Buffaloes game.

During the summer, the campus takes on a more refined and cultural air. Between June and August, it plays host to the Colorado Shakespeare Festival. This world-renowned celebration of The Bard’s legendary works draws rave reviews, and its stage performances have been known to attract crowds of up to 20,000 people.

1. Head to the CU Museum of Natural History

Chances are you spent a good deal of your visit to Boulder outside. The CU Museum of Natural History is an excellent place to put what you saw into context. This university-operated science museum is home to more than four million specimens, curiosities, samples, and artifacts drawn from the region’s diverse natural surroundings. The exhibitions are expertly designed and skillfully displayed, and the world-class museum also houses a fascinating collection of precious metal samples from the state’s gold rush era. Small and intimate, the museum entertains and educates without ever feeling overwhelming. 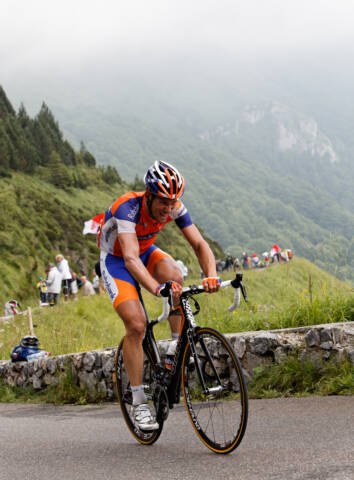 Enjoying the world from the perspective of a bicycle is a type of enjoyment shared by millions the world over. Whether a person enjoys cycling amidst the urban areas of a major city, or cycling among the trees and nature of a remote town, there are a number of terrific locations around the world for cycling enthusiasts.

The residents of Portland have made great strides in creating a bike-friendly culture and city design for cyclists, and visitors are also treated to amazing views of the Cascades that look beautiful in every season. Bicycling enthusiasts will also experience a particularly green and environmentally friendly city while visiting or living in Portland. 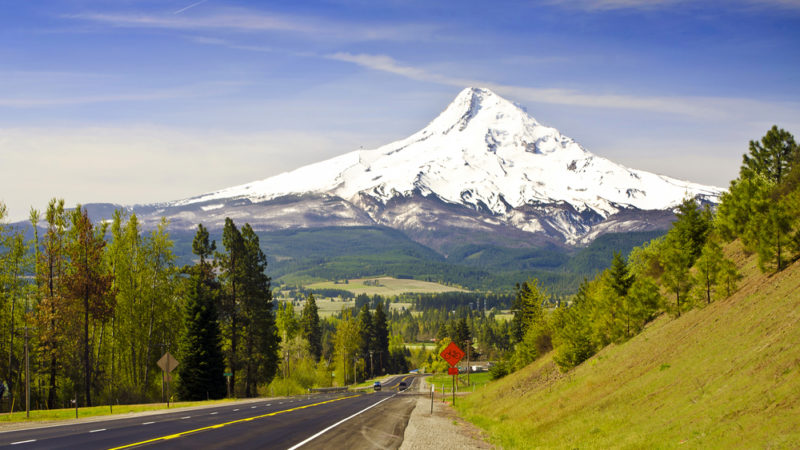 Offering a trail that runs for over 200 miles through forests and past native Australian animals like kangaroos, the Munda Biddi Trail starts in Mundaring and travels all the way to Collie. Beautiful eucalyptus trees and Aboriginal forests line the special cycling route that the locals created in 2004, and which has become internationally popular in the years since. 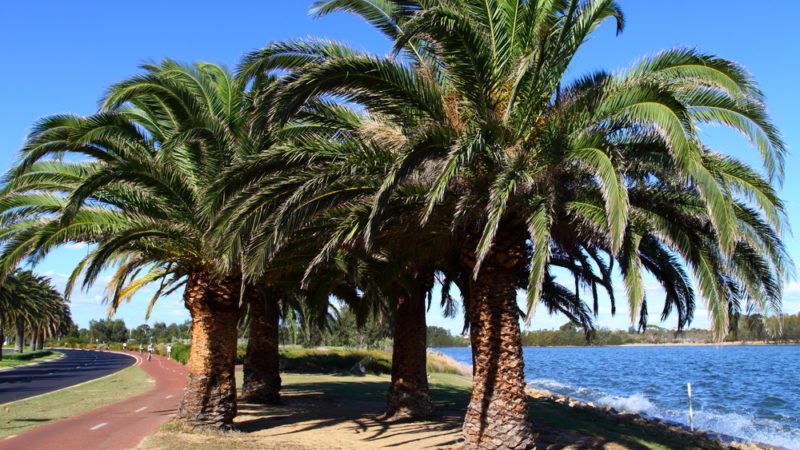 An extraordinarily healthy city, Burlington offers residents amazing views of the Green Mountains and the Adirondack Mountains from the perspective of miles and miles of amazing biking trails. Inside and outside of the city there are many areas dedicated to bicycle-friendly travel. 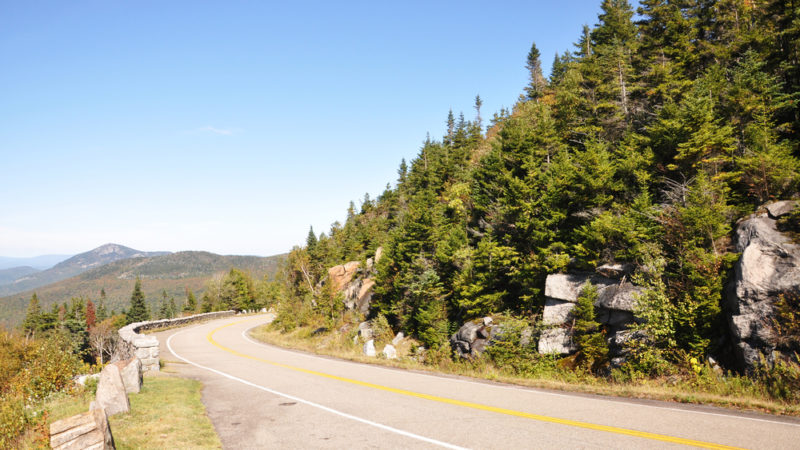 Surrounded by forests and offering a strong view of the historic west, Flagstaff and Sedona (which is directly south of Flagstaff) offer many cycling opportunities within the towns, and it’s also easy to head outside of the urban areas and ride around to enjoy the beautiful ponderosa pines of the region. 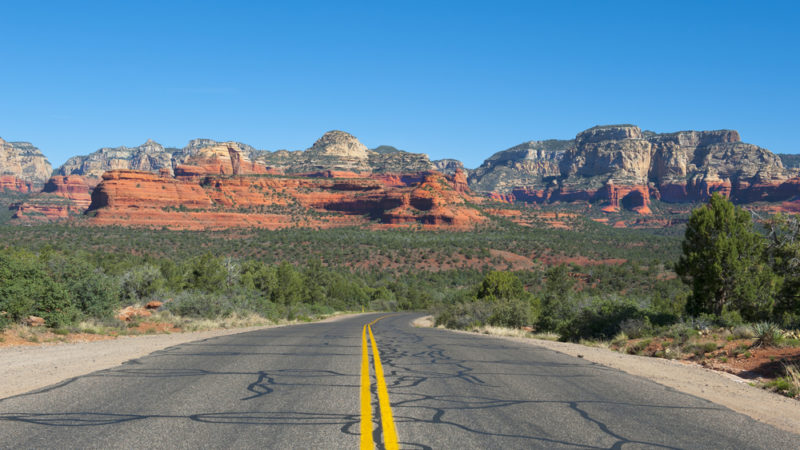 For any cyclist who fancies that they are a competitor for the Tour de France, the mountain pass from Luchon to Bayonne represents some of the fiercest bicycling opportunities anywhere in the world with a road that covers four difficult mountain passes. Cyclists in France might want to check out Alpe d’Huez for additional French cycling adventures.

Offering many miles of paths dedicated to cycling, Boulder sits in a perfect spot near the Indian Peaks Wilderness, and is one of the best spots in the western United States to head for recreational opportunities and to be around people who love the outdoors. 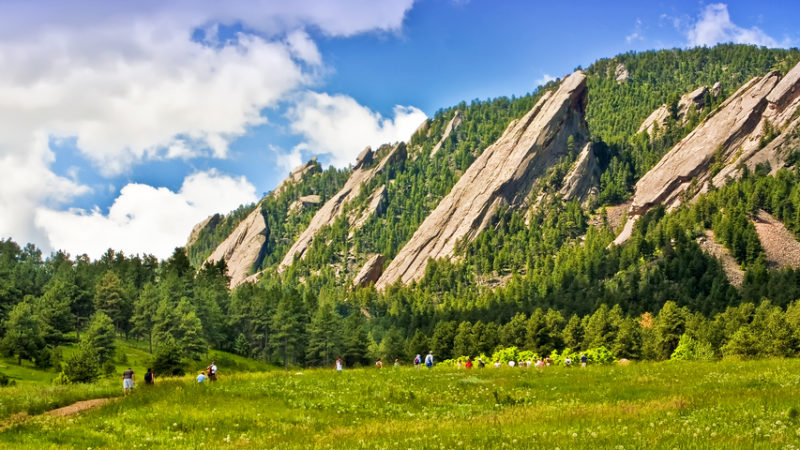 This national park area offers views of a mountainous area that almost looks as though it was created for a fantasy novel. There is a very popular route within the park that offers some incredible hill work for cyclists, but there are a few different paths that offer different degrees of difficulty for cyclists. 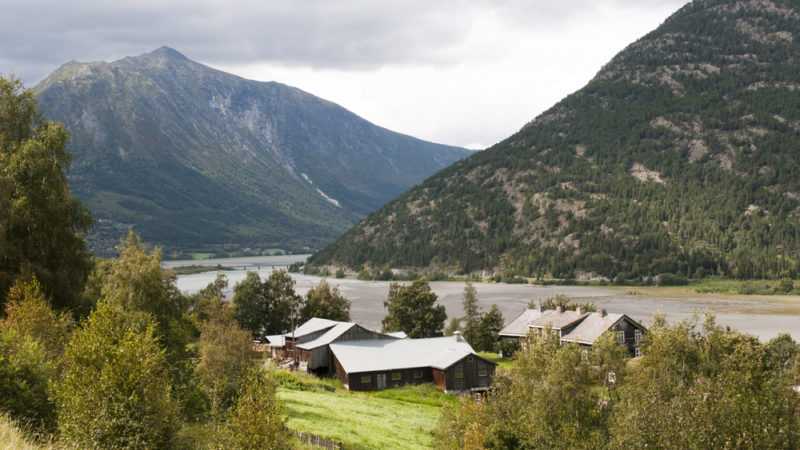 This archipelago area of Malaysia encompasses over a hundred islands and is an amazing area that’s popular for cycling around waterfalls and pristine beaches. There aren’t any amazing peaks to ascend, but the scenery is some of the most idyllic in the world and the trails and paths go on for many miles. 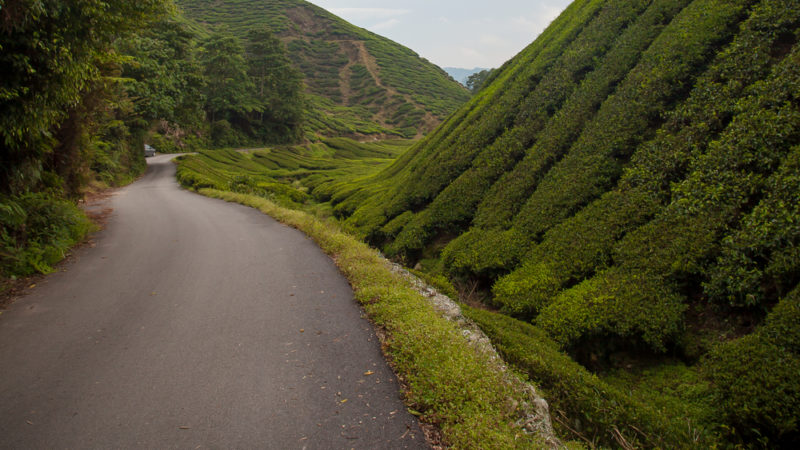 Cycling culture is extremely strong in Vietnam, and residents are apt to be on their bikes whether they’re commuting to work or riding around for fun. Through Hanoi and along the coast toward Ho Chi Minh City, is an amazing route of over 700 miles that takes riders along perfect sandy beaches and beautiful coastlines. 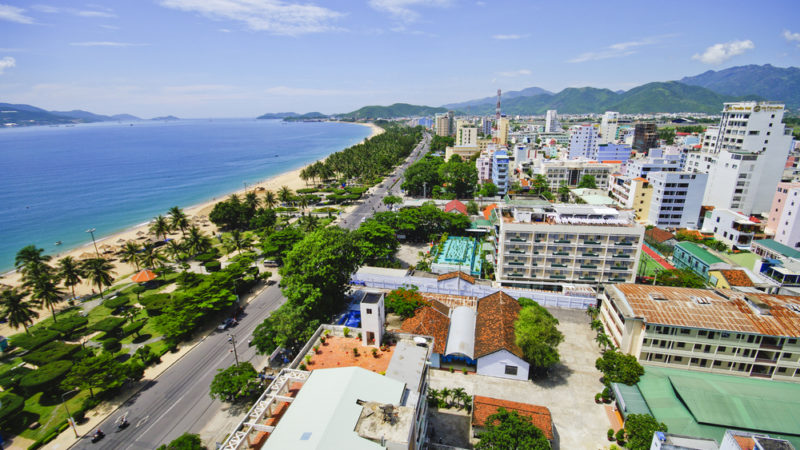 Although the harsh winters might make riders think otherwise, Minneapolis is second only to Portland with the number of bicycle commuters in the city. There are terrific bicycle-friendly streets all over the city along with many parks and trails across the town.

Traveling with the intent of bicycling one’s way around a vacation is a terrific idea in so many beautiful and amazing trails around the world. From leisurely rides along the beaches in Malaysia to the incredibly difficult peaks in France, the world is a cyclist’s playground of beautiful adventures and classic rides. 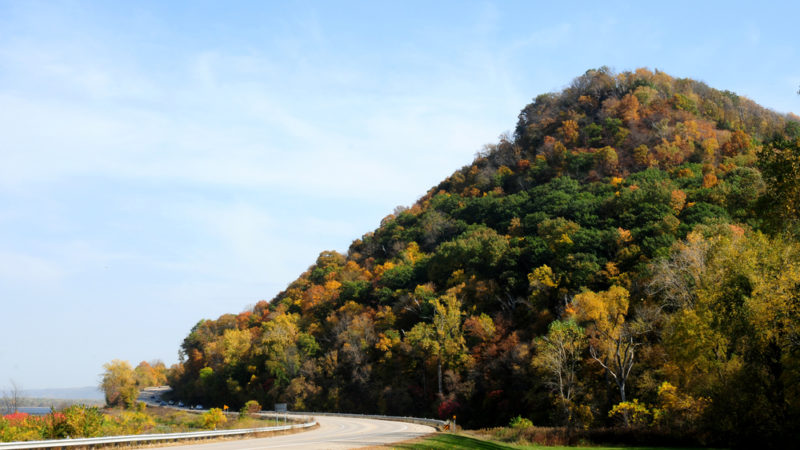