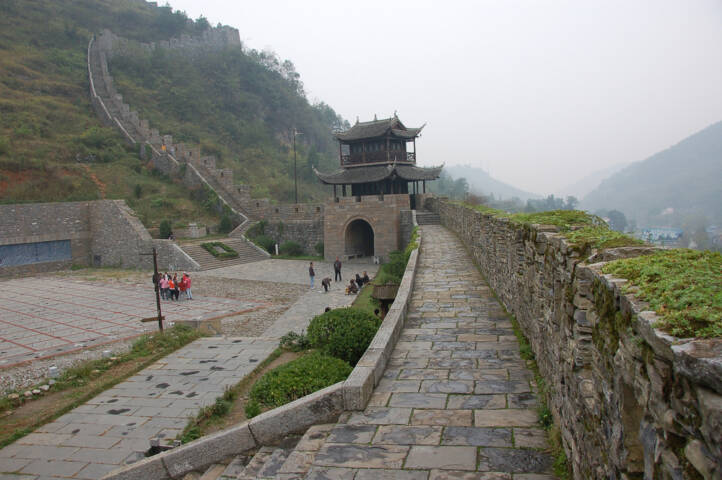 China is an enormous country that boasts some of the world’s most densely populated cities, unique tribal subcultures, and breathtaking landforms. The following places have been chosen for their popularity and ability to inspire their visitors.

As the fourth tallest freestanding structure in the world and the tallest structure in all of China, naturally, tourists come flocking. The tower takes its majestical place at the forefront of Guangzhou’s skyline. The structure rises over 2,000 feet in height. The world’s biggest and highest outdoor observatory looks downward from 1,601 feet.

Were you enthralled by the movie Avatar’s dramatic, breathtaking scenery? The extraordinary news is that the extraterrestrial landscape was not completely computer-generated. These Southern Sky Columns of China’s Hunan province will bring you right back to the magnificent movie itself.

This is one of the world’s only magnetic levitation trains, meaning it is hovering above its tracks without touching due to brilliantly engineered magnets keeping it suspended. The lack of friction creates the smoothest, fastest ride possible and speeds of up to 250 miles per hour.

4. The Southern Great Wall of China

While most people know about the Northern Great Wall, is that it is considered one of the seven wonders of the world, very few people are aware that there is a Great Wall to the south as well. Spanning 190 miles, it was built by rulers during the Ming Dynasty for military usage and defense against the Mio people of the south.

Crashing downward from 74 meters, this falls possesses incredible momentum that has been described as overwhelming. Rainbows appear on a regular basis. Consider this a wonderful way to see China’s natural beauty at its best. Swimming beneath the fall is breathtaking.

One of China’s Most Beautiful Metropolises

Boasting countless bridges, canals, and waterways that give the city of Suzhou a quaint air, it is still teeming with activity. Full of gardens and architectural wonders that will make you pull your camera out again and again, Suzhou is just a short distance away from Shanghai.

Green tea is known throughout the modern world for the potency of its immune-boosting and weight loss properties. Just a sip of the highest quality green tea leaves one feeling noticeably different, the body system instantly cleaner and invigorated. All of the finest green teas come from China. In fact, despite its reputation as the world’s top exporter, China covets the top tier of Dragon Well green tea for sale only within its walls. To purchase some of the best teas in the world, visit the Dragon Well Tea Garden.

Despite China’s graver environmental issues, this tropical coral reef is in reasonably good condition, as it is part of a natural reserve to protect the area’s ecology. Here the water is always clear. The reef features gorgeous coral, fish, shrimps, shells, seaweeds, and more aquatic beauty.

Here you can attend an extensive, experiential tour that demonstrates every detail of China’s ancient and heralded silk manufacturing sector right from the birth of the silkworms to their eventual cocooning.

Although known as one of the poorest areas of China, the amount of ethnic variation and tribal Chinese subculture here is riveting. The natural scenery is exhilarating. Step away from the big cities, off the beaten path into a China never seen or heard of before!

Natural wonders and exquisite traditions abound in southern China. Consider the above destinations when setting your itinerary. Step off the beaten path and embrace the intimate daily rituals of the Chinese.