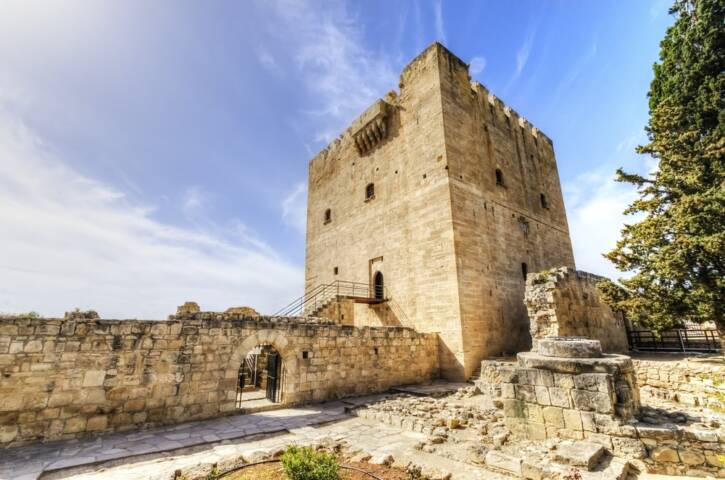 A mysterious blend of Greek, Assyrian, Persian, Roman, and Turkish influence, it’s no wonder Cyprus is rife with so many ancient villages, archaic ruins, and medieval castles for tourists to explore. The past has certainly proven eclectic for this island country, and the historic attractions of Cyprus visually tell the island’s diverse and volatile story.

Kalavasos-Tenta , or just “Tenta” to the locals, this ancient Neolithic settlement dates back to eighth millennium BC. Bring your walking shoes to explore the ruins at Kalavasos-Tenta that include the winding walls that remain of the circular village huts. 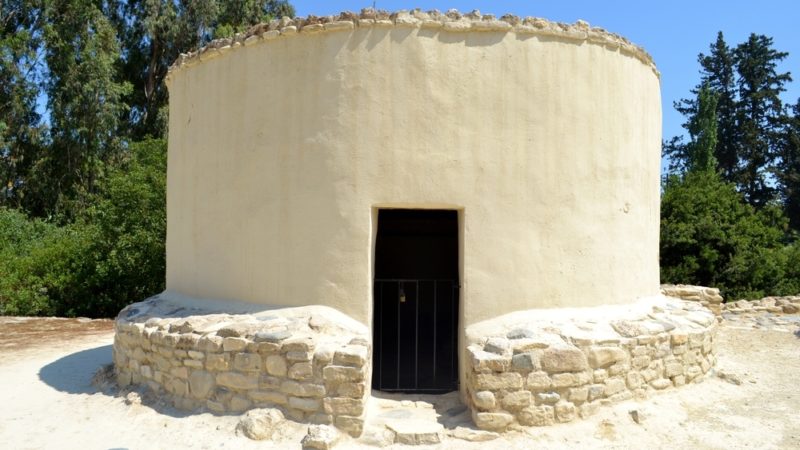 Amathus contains the archeological remains of Cyprus’ most ancient settlement on the island. Dating back to 1050BC, Amathus was believed to have begun as a Eteocyprians village that, over time, was home to communities of Greeks, who worshipped the Cult of Aphrodite; Phoenicians;  Persians; Ptolemies; and Romans. Even though Amathus was abandoned in the late seventh century, several well preserved tombs, an acropolis and temple for Aphrodite, an agora, public baths and the remains of a palace (dating back to eighth century BC) can be explored here. 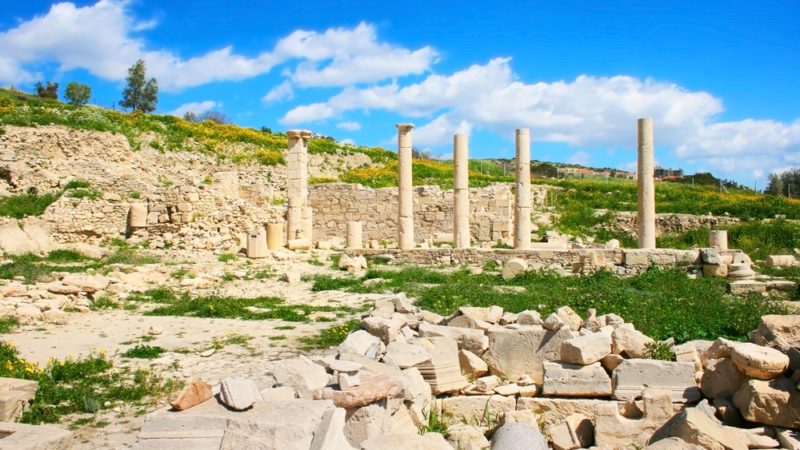 First build as a thirteenth century fortification by the Knights Hospitallers in 1210, Kolossi Castle was restored as a castle in 1454 by Frankish, Louis de Magnac, who’s coat of arms still graces the castle walls. 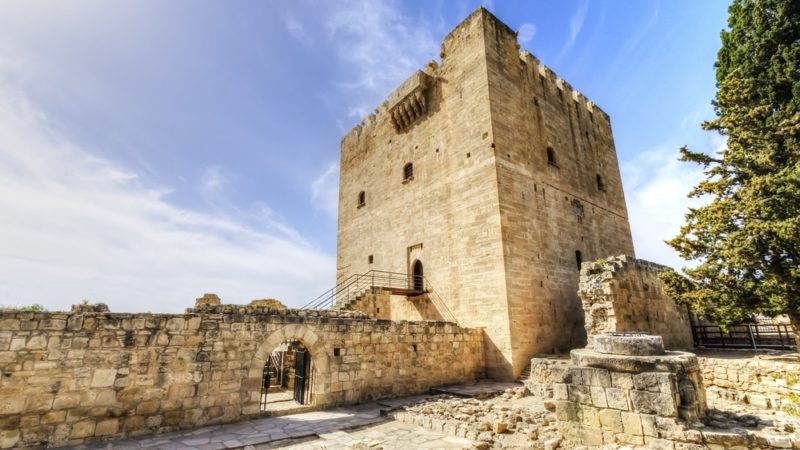 The archaeological site near Paphos Harbour, Cyprus dates back to fourth century BC.  At one time, this flourishing island capital housed an impressive ancient theatre, the famous Ancient Roman villas that boast the mythical houses of Dionysos, Orpheus, and Theseus, the remains of an agora (public square),and the Byzantine Castle of Forty Columns, or “Saranda Kolones”, which is an impressive granite-column fortification built in seventh century AD. 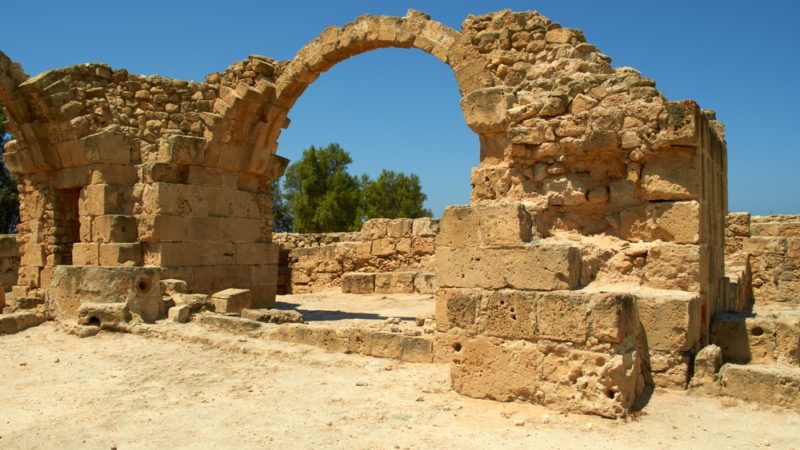 Choirokoitia, another prehistoric agricultural settlement, dates back to 7000BC and is believed to hold the very first proof of human occupation on Cyprus. Now a UNESCO World Heritage site, visitors to Choirokoitia can explore the remains of a few circular huts that still stand on the site. 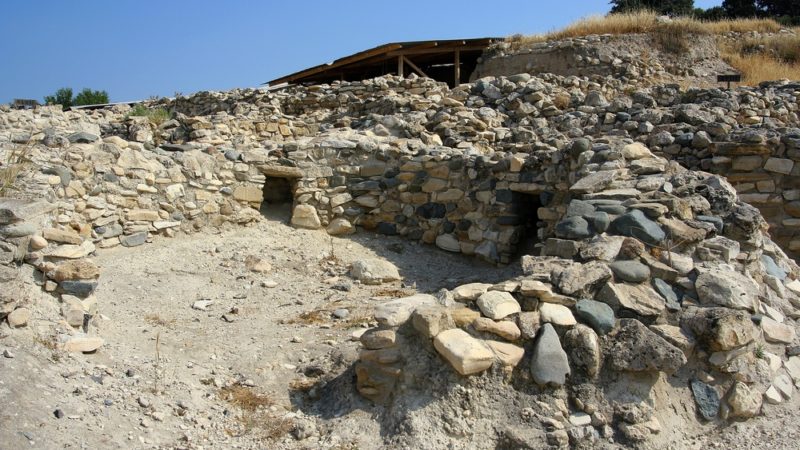 Constructed as a Frankish fortification in the mid-thirteenth century following the earthquake that destroyed Saranda Kolones (the first fortification site), Paphos Castle was transformed by the Genoese and the Venetians until it was destroyed in anticipation of the Ottoman invasion of 1570. However, the Turkish rebuilt Paphos Castle so luckily visitors can explore the dungeons and battlements of this national monument today. 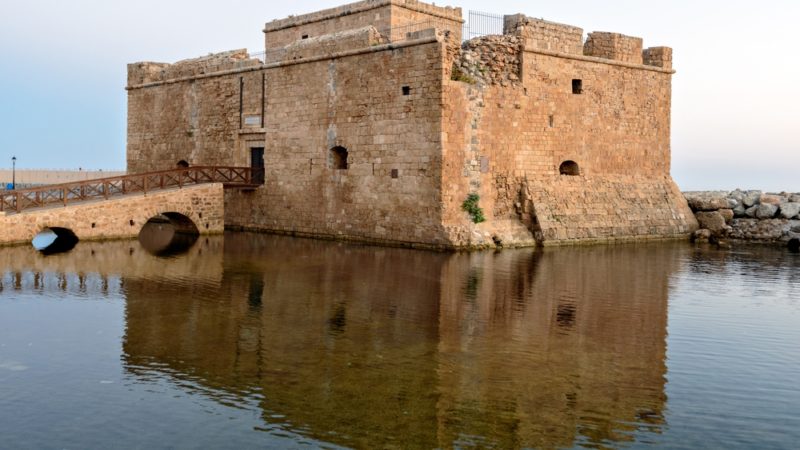 First constructed in the 10th century, the Church of Agios Lazaros has been a church, tomb, and even a mosque. Built originally to house the tomb of Saint Lazarus by the Byzantines, the church and crypt have enjoyed several restorations. 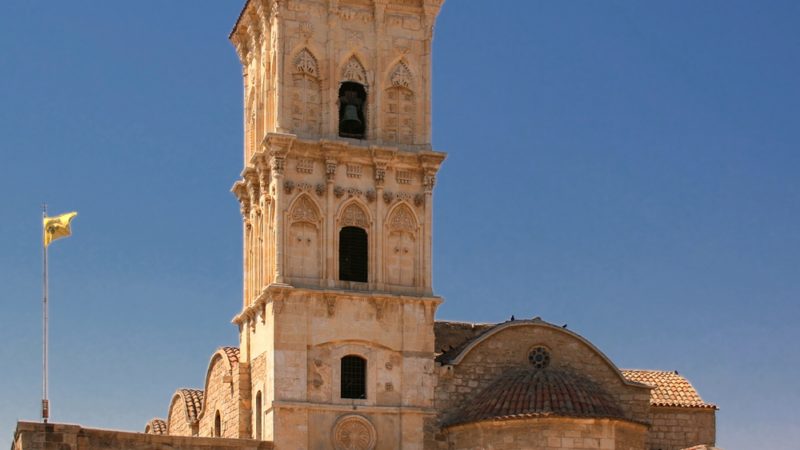 Kourion (or Curium), an archeological site located near Limassol, Cyprus, has ancient Roman and Byzantine roots. The ruins explain a history of the first Neolithic settlement here in 4500-3900 BC, Argive inhabitation during the thirteenth century BC, Persians support during the Cypriot in fifth century BC and betrayal in support of Alexander the Great’s defeat of the Persians in fourth century BC. Today, visitors to Kourion houses the remains of many Roman and Byzantine buildings, monuments, and structures, including an ancient theater that once sat 3,500 spectators, a Roman market with public baths, as well as the impressive House of Achilles with its intricate mosaic floors and gladiatorial stadium, dating back to fourth century AD. 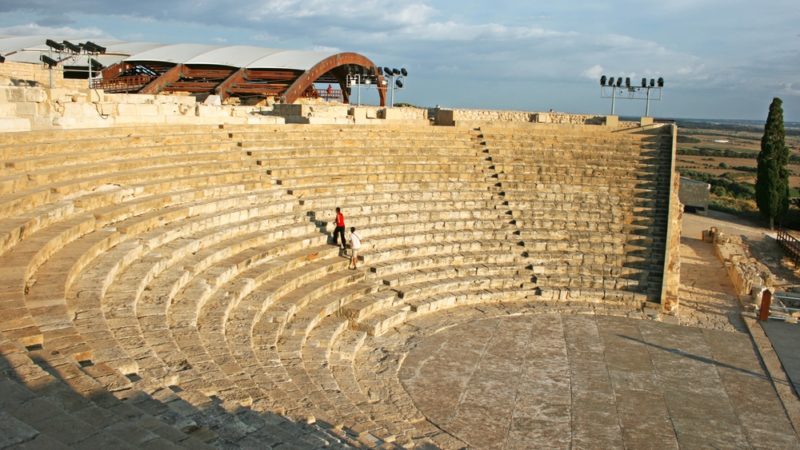 Palaepaphos is one of the most revered sites in Cyprus. Once home to the ancient cult of the goddess Aphrodite and her sanctuary, the Mycenaeans established Paliaipafos as the heart of Cyprus religion and culture in 1200 BC. The Romans followed suit, establishing Koinon Kyprion and building the House of Leda here in second century AD with its delicate mosaics depicting the mythical Leda and the Swan. You can also see remains from of a Church of Panagia Katholiki (from 12th to 13th century AD) and the Lusignian Manor House, built as a medieval administrative center of the town.

10. Tombs of the Kings, Paphos

The Tombs of the Kings, located in the UNESCO World Heritage site of Paphos, is a well-persevered Hellenistic necropolis with eight tombs. Constructed in third century BC, these tombs were reserved only for royalty, prominent figures, and high ranking officials by the Romans and early Christians. Tourists must wander into the subterranean depths to view the atriums and admire the architecture of the tombs’ columns and porticos. 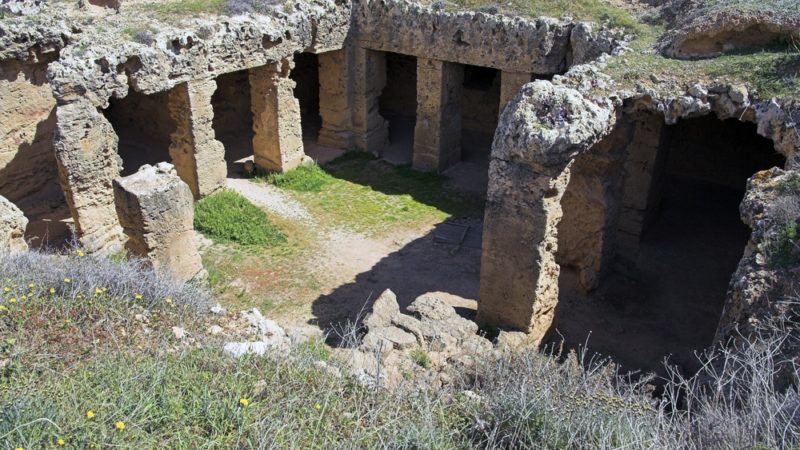