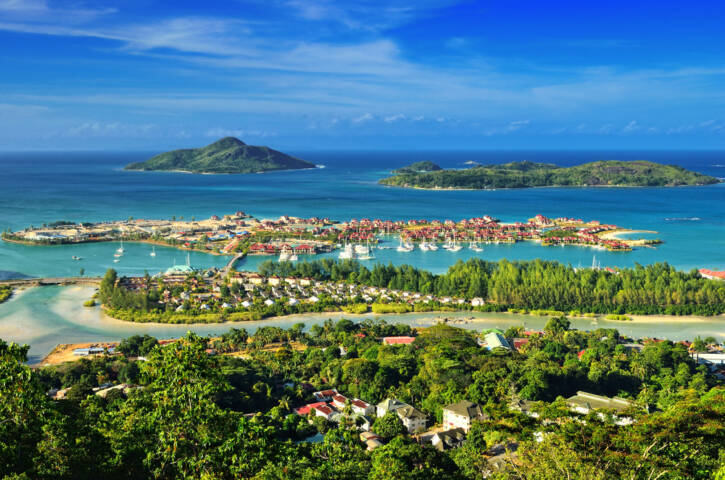 The Seychelles islands form an archipelago off the southeastern coast of the African continent. The islands are home to some of the world’s most pristine environments and unique species; they are also home to white sand beaches, tropical rainforests and mountains. With so much natural beauty to recommend them, the Seychelles truly are a tropical paradise. And since there are more than 100 individual islands to explore and discover, it can be difficult to pick just one Seychellois destination. We’ve selected 10 of the best to help you narrow down your choices.

La Digue is one of the larger islands in the Seychelles archipelago, belonging to the Granitic Island group. La Digue is very popular with tourists and is one of the islands that has a cap on the number of tourists who visit each year. The island itself is only 10 square kilometers and biking is the primary mode of transportation on the island. It is famed for its white sand beach, Anse Source d’Argent, where ominous granite formations loom behind swimmers and sun-bathers. If you’re lucky, you might catch sight of the rare paradise flycatcher, an endangered bird that inhabits only a few islands in the Seychelles; it is most commonly spotted on La Digue. While you’re visiting this island paradise, don’t forget to sample the local cuisine: fried octopuses, lobsters with garlic and La Digue’s most intriguing indigenous dish, bat curry. 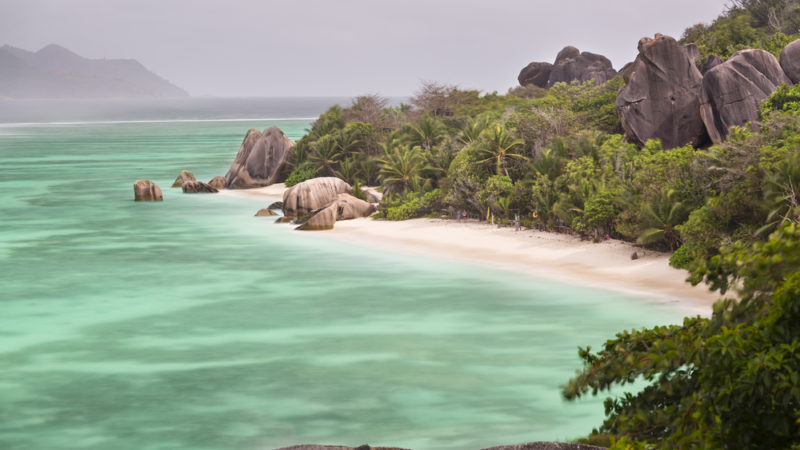 Mahé is the largest island in the Seychelles, and home to the country’s capital city, Victoria. Part of the Granitic Islands, a group of 45 islands made up of some of the world’s oldest granite rock, Mahé is renowned for its dense tropical forests, its white sand beaches and its mountain peaks. The tallest mountain in the Seychelles archipelago, Morne Seychellois, is located on this island. Hiking through some of the island’s national parks is a must. Climbing to the summit of Morne Blanc takes about 45 minutes and offers some of the best views of the Indian Ocean. Also popular is a visit to Sainte Anne Marine National Park, the largest marine park in the Seychelles. If you visit Mahé, be sure to visit the capital city to get a taste of Seychellois culture—including its unique blend of cuisine. 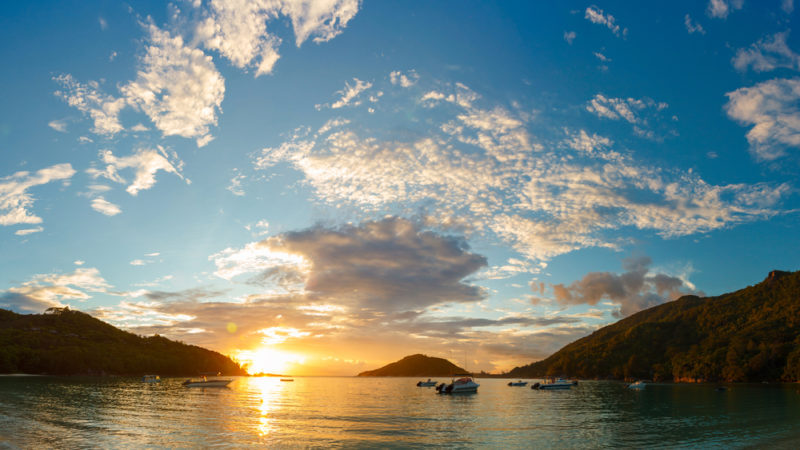 Silhouette Island is renowned for a couple of reasons. The first is its magnificent coral reefs, which offer excellent opportunities for snorkeling and diving. More than 1,000 species of fish inhabit the clear, warm waters surrounding many of the Seychelles islands, which makes these coral reefs rife for exploration. On the terrestial side of things, Silhouette Island is one of the most mountainous in the archipelago, with 5 peaks soaring over 1,600 feet above sea level: Mont Dauban (2,464 ft), Mont-Pot-a-Eau (2,037 ft), Gratte Fesse (1,690 ft), Mont Corgat (1,647 ft) and Mont Cocos Marrons (1,600 ft). With all those peaks, you can imagine that Silhouette Island offers up some of the most dramatic landscapes in the Seychelles; be sure to bring a camera if you plan to visit. 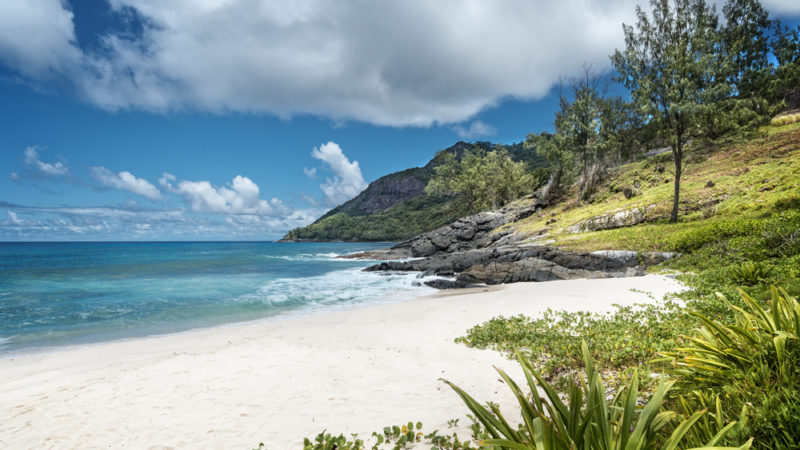 At first glance, Bird Island may not seem to have much to recommend it. It is the northernmost island in the Seychelles archipelago, approximately 60 miles from Mahé. The island itself is less than 1 square kilometer and is made up of coral, unlike the 45 Granitic islands to the south. Bird Island is also a private island resort, with just 26 bungalows renting to curious visitors. Nonetheless, Bird Island is renowned for its avian population—hence the name. Sooty terns, fairy terns and common noddies all inhabit the island, which provides an important breeding ground for them. Two species of turtles, the Hawksbill and the Green, are also common on Bird Island. If you want to do some bird-watching, Bird Island is your stop; don’t forget your binoculars and your camera. Praslin is one of the bigger islands of the Granitic group and, as such, is one of the more popular tourist destinations. Along with Mahé and La Digue, it is one of the islands that has the number of visitors capped. It is also one of only 2 islands in the world where the famed Coco de Mer palm tree grows. Praslin is also home to a market where you can buy the fruit of the palm, which is a national symbol of Seychelles. The island is also one of the best places to see and watch birds, functioning somewhat like a bird sanctuary for many of the Seychelles’ threatened and endangered avians. The Vallee de Mai is one of most famed parks in the country, and is home to many indigenous plants, such as the vanilla orchid. 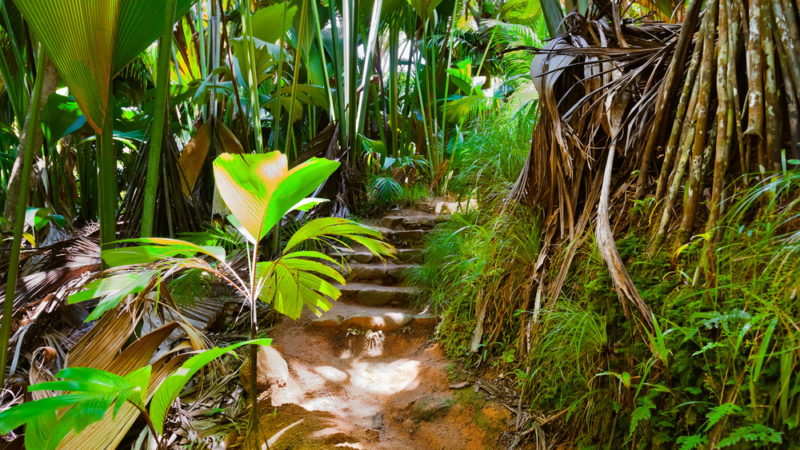 Frégate Island was named for the frigate birds that once flocked to its shores. These days, you’re more likely to find tourists than the namesake avian (although the island is still an important nesting site for them). But Frégate Island hasn’t had to have numbers of tourists legislated like some of the other islands in the Seychelles. That’s because the island is privately owned and operated as a luxury resort. Only 20 residences are available at a time, which means you’ll have to book early and be prepared to pay if you want to make this island your Seychelles destination. Many people are ready and willing—perhaps because the island boasts what the Times calls the world’s best beach, the Anse Victorin. Aside from lounging on the beach, snorkeling is a popular activity for those who make a stop on Frégate Island. 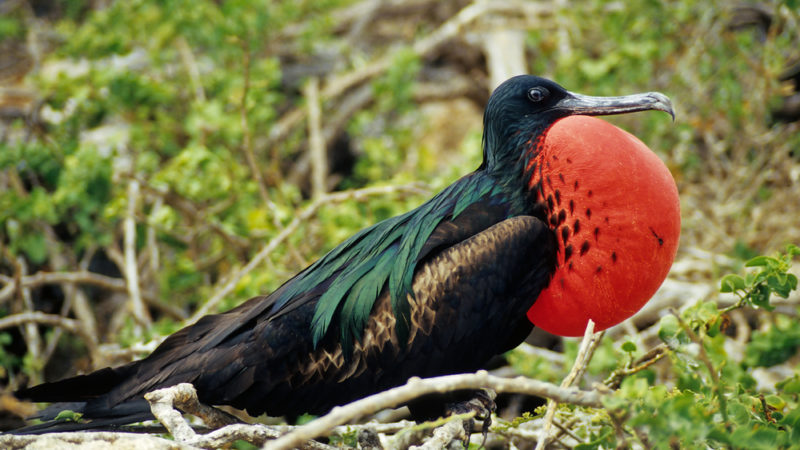 This tiny island was once uninhabited, until it was purchased by a former newspaper editor, Brendon Grimshaw. Grimshaw, who died in 2012, dreamed of making the island a national park in its own right and planted some 16,000 trees. Visitors could come ashore for 12 euros, tour about and eat at the Jolly Roger restaurant, which Grimshaw ran. The island is rumored to be host to hordes of pirate gold, but, despite evidence of human activity, none has ever been found. With Grimshaw’s death, the island returned to being uninhabited, although the government has now turned the 34-million-dollar island into Moyenne National Park, realizing Grimshaw’s lifelong dream. Come ashore and see birds, plants and even some Seychelles giant tortoises, once endangered, but now making a comeback throughout the islands.

One remarkable feature of the Seychelles archipelago is the clear and warm waters of the Indian Ocean that surround most of the islands. This, coupled with the coral reefs and abundant marine life, make the Seychelles an ideal destination for snorkelers and scuba divers. Among the popular locations for getting under the sea is Shark Bank, a granite plateau that shelters an amazing array of fish and other aquatic life. Here you can encounter shoals of brightly colored tropical fish swimming alongside enormous stingrays and Napoleon fish. If you’re lucky, you might even stumble upon the odd whale shark, the biggest fish in the sea. And, despite the name, you needn’t worry about shark attacks out here; although some shark species do swim in these waters, attacks are relatively rare events.

The Aldabra Atoll is the second-largest coral atoll, a ring-shaped reef that encircles a lagoon. It is located in the Aldabra group of islands, south of the Granitics. Relatively undisturbed by human activity, the coral atoll has been named a UNESCO World Heritage site on account of its biodiversity and pristine ecosystems—which says something in a country renowned for its attention to environmental concerns. The Aldabra Atoll is home to innumerable bird species, as well as endemic plants and lizards. Perhaps the most famous residents of the atoll are the Aldabra giant tortoises. Once thought to be almost extinct, these tortoises are now found on islands throughout the Aldabra area and most other islands of the Seychelles, although Aldabra remains far and away the best place to see them in their natural habitat. 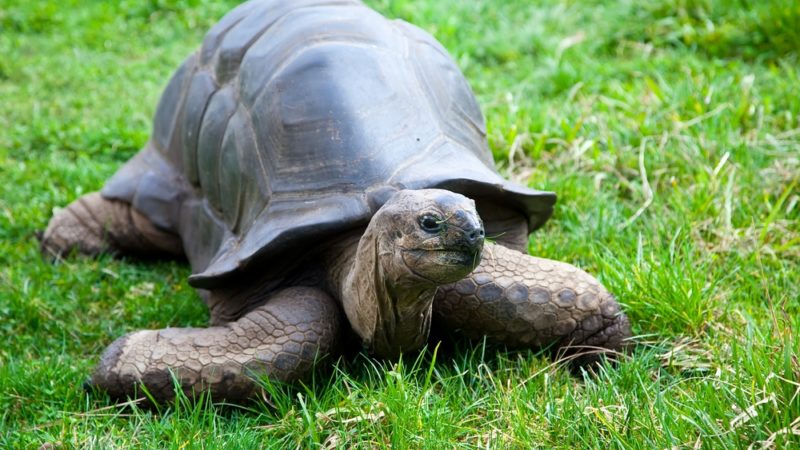 Victoria is the capital city of the Seychelles, located on the Granitic island of Mahé. While it might seem strange not to simply lump it in with the island, Victoria has enough charm to demand its own entry on a list of must-visit spots. The city, which has a population of less than 30,000, is the center of Seychellois culture. As such, it is home to landmarks like the 3-winged bicentennial tower, constructed to mark the 200th anniversary of the city’s founding. Victoria is also the de facto shopping capital of the country. While perhaps not as cosmopolitan as other capital cities, Victoria’s markets feature local handicrafts and represent the island-nation’s blended heritage. One of the most popular items to purchase at the market is a sarong; picking one up is almost a rite of passage for those who visit the Seychelles. 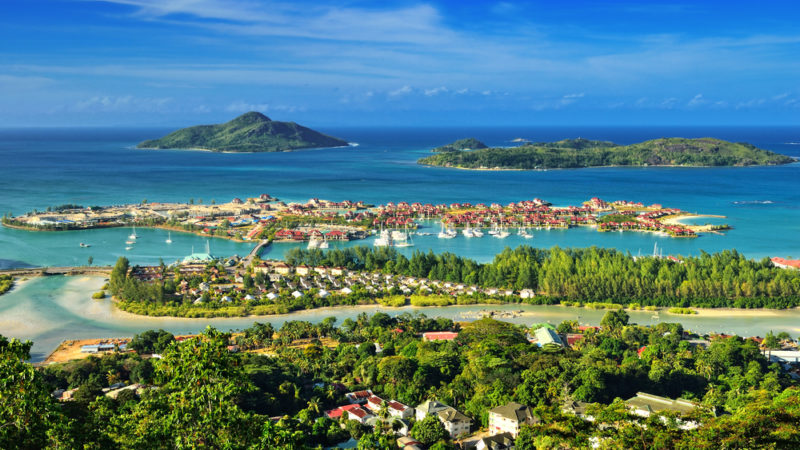