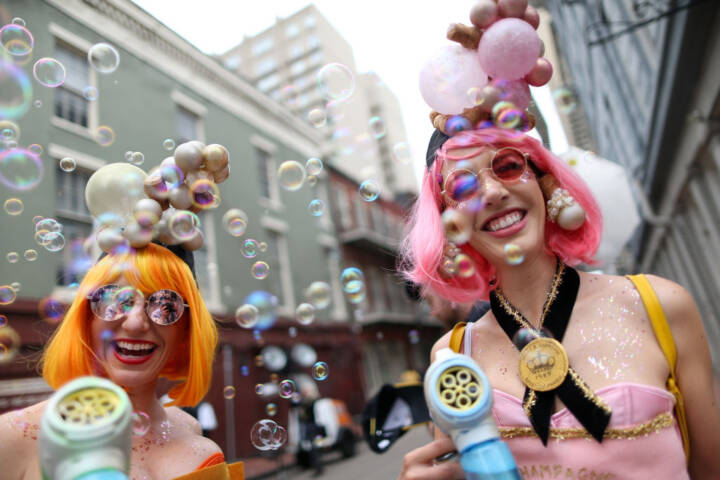 You don’t have to live in New Orleans to celebrate Mardi Gras. Whether you want to get dressed up and dance the night away or stay in with a slice of king cake, the Phoenix area has plenty of options for letting the good times roll.

Could a place called Fat Tuesday NOT celebrate Mardi Gras? Their annual party just might be the biggest in the valley. Festivities start at 11 am and run throughout the day. Enjoy live music in the evening, a DJ for late night dancing, and New Orleans-style eats all day long.

ThirdSpace, a bar/coffee/cafe shop tucked away in an industrial area on Grand Avenue, throws a rocking Mardi Gras party every year. This year promises to be bigger and better, with Zydeco music from The Hurricajuns and a Fat Tuesday bike ride/parade through downtown. They’re also serving up gumbo and beads. A $5 cover goes to the band.

Ken Lentz grew up in the south and learned to cook in New Orleans. His family brought New Orleans creole cuisine to Arizona with French Grocery, a restaurant/bakery located in central Phoenix. Southern favorites including muffuletta sandwiches, shrimp po’ boys, and beignets are served year round. King cakes can be ordered from Three Kings Day (January 6) through Mardi Gras.

Get Decked Out at Mardi Gras Costume Shop

To win the costume contest at Harold’s, visit Mardi Gras Costume Shop in Scottsdale, Arizona’s largest costumer. With several thousand costumes and accessories available for both rental and retail, you can either browse their extensive inventory to design your own costume or rely on their crew of professional costumers. Local pickup and delivery are available, but advanced reservations are recommended. 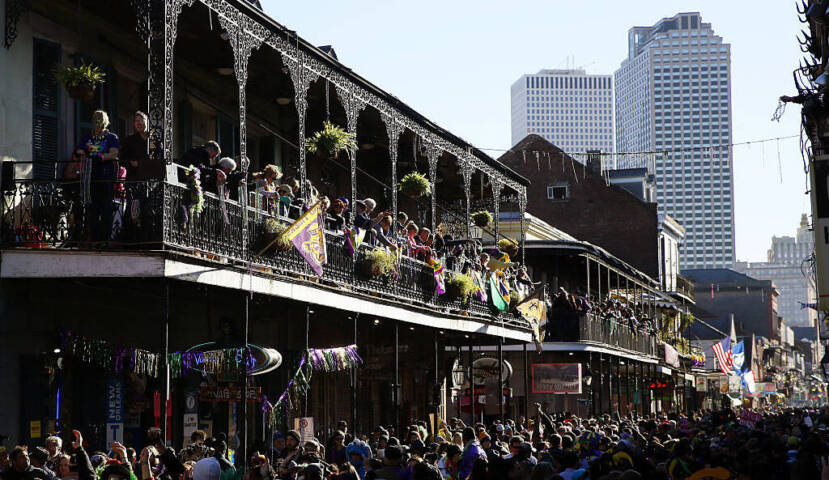 When I first moved to New Orleans in the early 80s I realized almost immediately that the Big Easy was unlike any other city in the world — especially when it comes to language. During my first Carnival, I found myself confused by some of the terms I heard. Luckily, I had family and friends who explained to me all of the important Mardi Gras lexicon I needed to know. If you’re a newcomer to New Orleans during the Carnival season, here are 10 phrases you need to know.

Krewes are private, social organizations in New Orleans. They are responsible for putting on the awesome parades and balls held each year during Carnival. Each krewe has a royal court (King, Queen, Duke, etc.). Each year the krewes decides on a theme for their float, which is decorated accordingly. Many krewes also have celebrity riders and/or Grand Marshals.

The captain is the chief organizer and planner for his krewe. His role is actually more important than the king, contrary to what some might assume.

If you attend a night parade, you’ll notice guys carrying huge torches, called flambeaux. In the days before street lights, it was the only way to view a night-time parade. Although not necessary today, the tradition remains.

A masker is basically a float rider, although you may hear some people refer to anyone dressed in a costume or wearing a mask as a masker.

So a krewe’s gotta have somewhere to build and store their massive floats right? It’s called a den and basically it’s a big warehouse. In the past, the den’s location was secretive but that’s not the case today.

Throws are inexpensive items hurled at the masses by float riders. They include beads, cups, toys and the much sought after doubloon — an aluminum coin stamped with a krewe’s insignia and the theme for that year. The prized Zulu coconut, however, is not thrown (for obvious reasons) but is passed down to anyone lucky enough to snag one. Note: Having a cute kid with you significantly increases the amount of throws hurled your way.

The neutral ground is what’s typically called the “median” in other cities. Parade-goers like to stake out a good spot on the neutral ground to watch the floats drift by; it’s not unusual for people to arrive hours before the parade is scheduled to begin. You’re bound to see people in folding chairs and ladders so the kiddies can get a better view. You can also stand on the sidewalk side and in New Orleans people generally have a preference. I almost always stand on the sidewalk side.

A tradition that most people in New Orleans look forward to is the arrival of King Cake season which begins on January 6. This oval-shaped pastry is covered in icing and sprinkled with sugar (in the Mardi Gras colors of purple, green and gold). You can buy them traditional or stuffed with one or more ingredients like cream cheese, apples or other fruit. There’s also a wee plastic baby doll inside. The person who “finds” the baby has to buy the next cake.

The Mardi Gras Indians are a group of African-American revelers who parade, on foot, through mostly predominately black neighborhoods. They wear elaborately decorated costumes and when the tribes meet with other tribes (known as gangs), they entertain onlookers with a verbal spar, using rhythmic call and response chants.

In New Orleans Fat Tuesday is the culmination of the Carnival season, however before the big day we also have a day-long free festival, Lundi Gras or Fat Monday. Lundi Gras takes place along the Mississippi River in Woldenberg Park and features music, food and entertainment for the entire family.