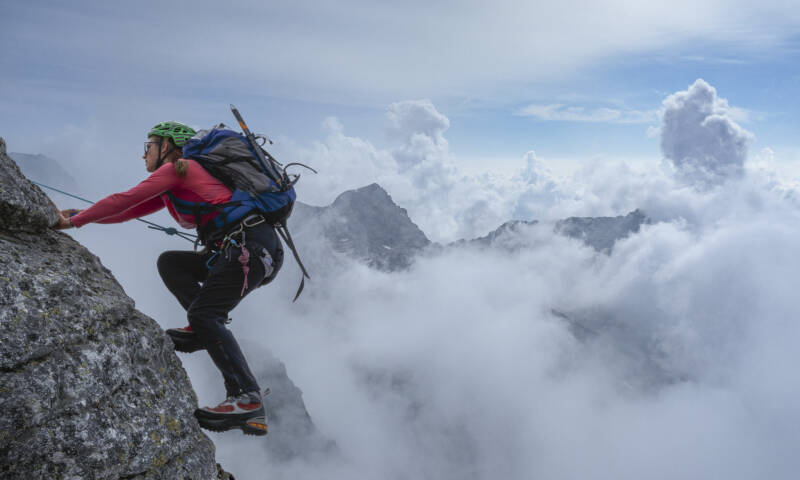 Although rock climbing accidents can happen even on small gentle hillsides, there are a number of rock climbing destinations worldwide that are known for being dangerous. Climbers looking for a real challenge are drawn to these destinations year after year, despite or perhaps because of these dangers. Read on to learn about the nine most dangerous rock climbs in the world.

Standing more the 3,000 feet tall, the sheer vertical cliff face of El Capitan is without a doubt the most challenging rock climb in the world. Even the most experienced climbers using ropes and pitons take four or five days to reach the top, and they have to sleep in hammocks hung from pitons in the cliff face. Those looking for the ultimate challenge ascend the cliff with nothing more than their hands and feet.

The second highest mountain in the world, K2, is considered to be the most challenging climb. Steep sections of rock face are interwoven with seracs, or ice pillars, which are prone to collapse without warning. Legend has it that the mountain is cursed for women climbers.

This Tibetan mountain is the tenth highest mountain in the world. Only about 150 people have ever tried to climb it, and of these 53 have died in the attempt. This fatality rate is the highest in the world.

This Andean mountain’s west face is a sheer vertical ascent, and it was not conquered until 1985, in one of the most thrilling rock climbing stories ever. Simpson and Yates, after reaching the summit via the western face, met with disaster on the way back down when Simpson fell and broke his leg. While Yates tried to help him down with a rope, he lost Simpson over a cliff. Five days later, as Yates was preparing to return home, Simpson hopped into camp on one leg, having survived the 100-foot fall and lived on melted snow.

Straddling the border between India and Nepal, this mountain is known for its incredible views. The bitterly cold weather and unpredictable avalanches make this one of the most dangerous rock climbs in the world.

The northern face of this Alpine mountain has a name that says it all: the Murder Wall. Not only is it a difficult and challenging climb, heavy rockfalls regularly scour this face of the mountain clean of anything, and anyone, on it.

This mountain, the most famous in the Alps, gets its name because it looks like a giant horn towering above the landscape. It also has one of the highest fatality rates in the Alps. The technical difficulty of the climb is made worse by regular avalanches and rockfalls. The popularity of the mountain also means that climbing routes can become dangerously overcrowded.

When most people think of dangerous climbs, they think of Mt. Everest. While it is still a very dangerous climb, it has been attempted so many times that the dangers are well understood. More than 1,500 people have reached the summit, and nearly 150 have died in the attempt. Although today Sherpas regularly make the climb, they used to have a taboo against it.

Few people think of the White Mountains in the eastern United States as particularly dangerous. However, they are home to the ninth most dangerous rock climb in the world. Although the mountain does not count amongst the tallest in the world, and none of its faces are truly vertical, it does have treacherous and difficult rocky terrain. What makes the climb truly dangerous, though, is the weather. Something strange about the air currents around the mountain makes it home to regular hurricane-force winds. The strongest wind ever recorded on Earth, 231 mph, was measured on this mountain. Ice pellets rain from the sky even in the summer, and storms can form almost without warning. The mountain has claimed more than 100 lives, and local folklore says that it is both haunted and cursed.