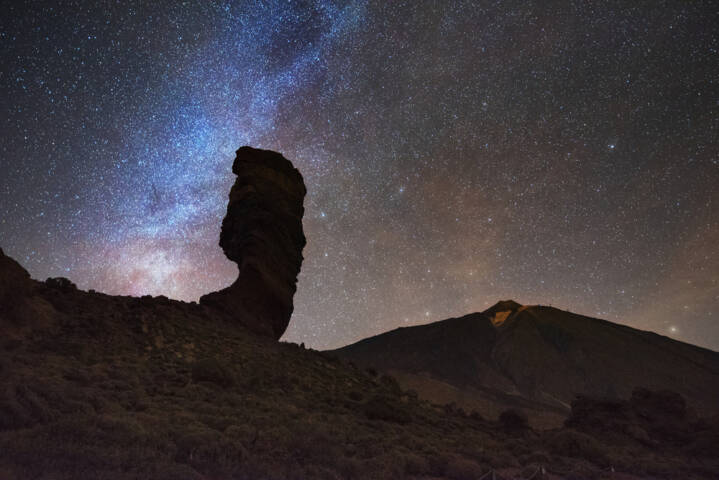 We’ve told you where to find the best views of the heavens in the southern half of the world; the southern hemisphere’s positioning makes it a particularly good location for aspiring astronomers to get a glimpse of our galaxy. But that doesn’t mean that those of us in the northern hemisphere have to miss out on awe-inspiring starscapes. There are dozens of dark-sky reserves and parks and prime viewing spots in more northerly climes. You’ll want to pack your telescope if you plan to travel to any of these 10 locations.

Head to south Wales and you’ll quickly find that sheep outnumber people in this part of the world. Brecon Beacons National Park is a prime stargazing location because of its seclusion. The ruins of the Llanthony Priory provide a stunning backdrop for the night sky. The area near the park is home to 33,000 people and within easy access for nearly 1 million, which means that residents have worked hard to ensure that lighting within the communities near the park are dark sky-friendly. Most of the park is open grass moorland, which makes for plenty of open viewing of the night sky. The park was originally designated in 1957, and in 2013, it became an official International Dark Sky Association Dark Sky Reserve. Once you’ve done some stargazing, be sure to step into the Priory to grab some authentic Welsh ale—the ruins have been converted into a pub. 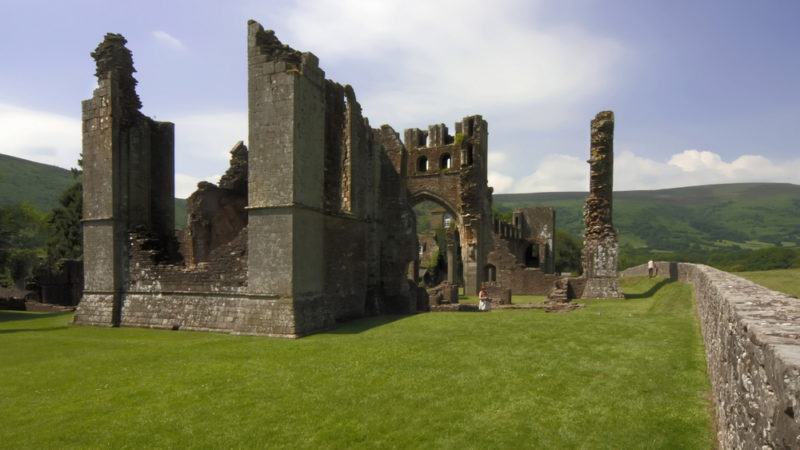 The Westhavelland Nature Park, in the state of Brandenburg, Germany, was established in June 1998. With an area of 1,315 square kilometers, the park is the largest protected area in Brandenburg and is home to the largest contiguous wetland in all of Europe. It has also become renowned for its dark skies, despite being just 70 kilometers west of Berlin, Germany’s most populous city. Its location also means easy access for the nearly 6 million people living in the region—and tourists to Berlin. The Dark Sky Reserve, which was certified by the IDA in 2014, is approximately 750 square kilometers within the park. The park offers an extensive education program, including the annual WestHavellander AstroTreff Party and an interpretive program. The Milky Way shines in full splendor over Germany’s first and foremost “star park”!

Although there are several locations in the Hawaiian islands that are prime stargazing spots, Mauna Kea has to claim the top spot. Located on the Big Island, Mauna Kea Observatory sits 13,756 feet (4,205 meters) above sea level, on the slopes of the mountain, high above the town of Hilo. Here you’ll be able to see northern hemisphere favorites, including the Milky Way, Ursa Major, the bands of Jupiter and Orion, with perfect clarity. Although the largest optical telescope in the world will be off-limits after nightfall, you can still peer through telescopes offered at the visitors’ center, located at 9,200 feet. Free lectures and Q&A sessions at the observatory are complemented by tour packages offered by adventure companies, some of which include dinner. Although Mauna Kea isn’t an IDA-certified site, it remains a popular location for stargazers from around the world. 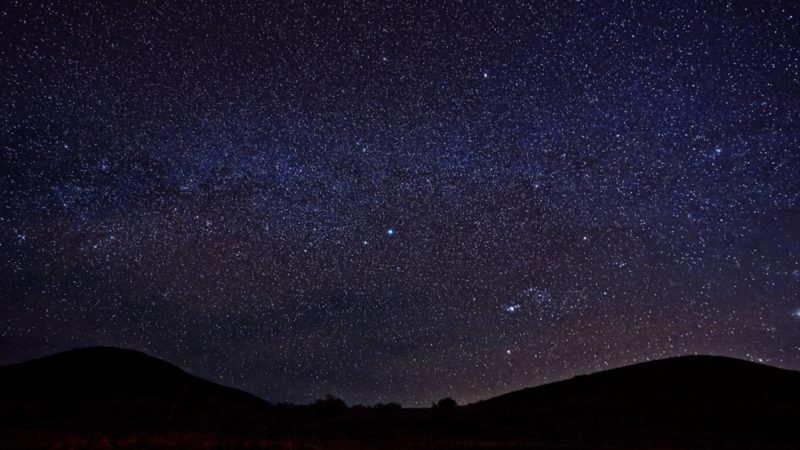 You can probably pick any of Spain’s Canary Islands to get a good view of the stars. In fact, the island of La Palma is a protected area, although it’s not officially a park or reserve. For the best views, however, hop over to Tenerife, the largest island in the chain. Tenerife has passed a law controlling flight paths, specifically with the quality of stargazing in mind. From April through December, you can take a tour of the Teide Observatory. Visitors can also enjoy a cable car ride up to the top of the volcanic Mount Teide to really get a good gander at the stars. Cap off an evening by enjoying dinner at the mountain-top restaurant, with the stars as the romantic backdrop. The semi-annual Starmus Festival is also a popular attraction, celebrating science, music and the arts. 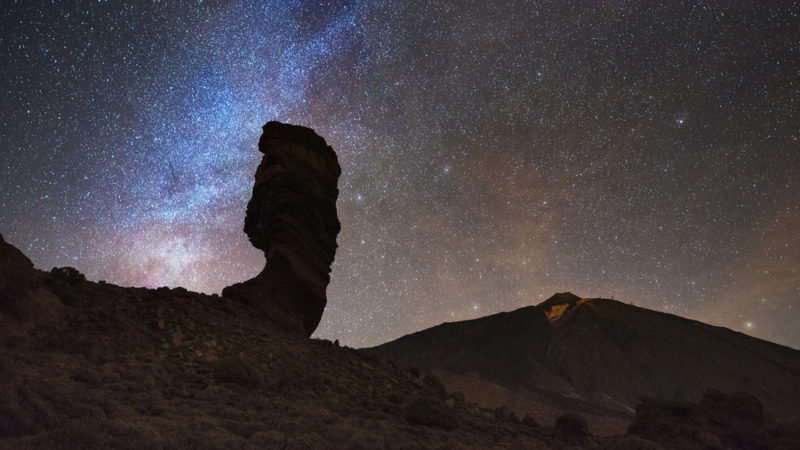 The northernmost settlement in Sweden, the town of Kiruna lies about 120 miles north of the Arctic Circle, which means that between December 11 and January 1, there is a period of continuous night. While some of us may not be enthused by the idea of constant darkness, it does make for an amazing opportunity to view some of the spectacular skies. Given the remote location, the skies are truly dark, creating the perfect canvas for the aurora borealis. Visitors can book a stay at the world-famous Icehotel, just 11 miles from Kiruna in Jukkasjarvi. Nighttime “picnics” are offered on northern lights tours. Other activities include ice-sculpting and wintertime sports like skiing. You can also tour the Esrange Space Center, which developers hope to turn into a spaceport in the near future. 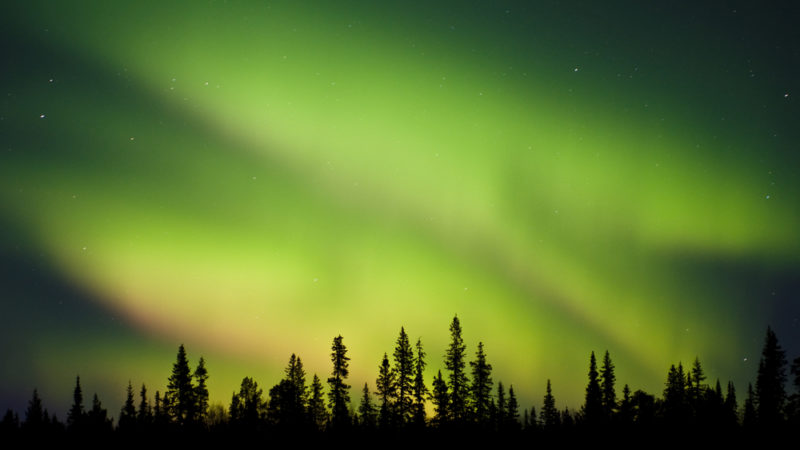 There may not seem to be a lot of reason to visit Pennsylvania, but stargazers are drawn to the 82-hectare Cherry Springs State Park. This highly regarded site provides one of the best glimpses into the center of our own galaxy, the Milky Way. The park sits atop a 2,300-foot (701 meter) peak, which allows you to leave civilization (and light pollution) down on the ground. The park offers various programs throughout the year, including its annual Black Forest Star Party in early September, a popular event for amateur astronomers. In 2014, stargazers were lucky enough to spot the aurora borealis not once, but 4 times in Cherry Springs. First designated a dark sky park by the state in 2000, Cherry Springs was proclaimed an International Dark Sky Park by the IDA in June 2007.

The County Kerry in Ireland is considered one of the most picturesque areas in the country. Situated between the Kerry Mountains and the vast Atlantic Ocean, the Iveragh Peninsula is home to the Ring of Kerry, with numerous scenic attractions along its length. In 2011, the Kerry Dark Sky Reserve became the only gold-tier reserve in the northern hemisphere, and it was officially designated in January 2014. The night sky has long been important to the inhabitants of the region; Neolithic stone formations dating to 6,000 years ago were used to observe astronomical events and track the sun and moon. The area, which is approximately 700 square kilometers, incorporates territory along the Wild Atlantic Way. It is naturally protected from light pollution, although the inhabitants are working to create dark sky-compliant lighting systems to improve the quality of the night skies even more.

Jasper, located in the Rocky Mountains of Alberta, is probably one of Canada’s most famous national parks. Not only is it a UNESCO World Heritage Site, it was also declared a dark-sky preservation area in March 2011. Although Jasper is not certified by the IDA, sites in Canada must adhere to the strict guidelines set out by the Royal Astronomical Society of Canada. The guidelines were developed to protect wildlife that is sensitive to light pollution. Every October, Jasper holds a Dark Sky Festival, which includes daytime solar viewings and rocket launches to entertain the kids. There are approximately 100 year-round campsites scattered throughout the park, meaning that you don’t need to visit in the fall to get some spectacular views of the night sky over the Canadian Rockies. 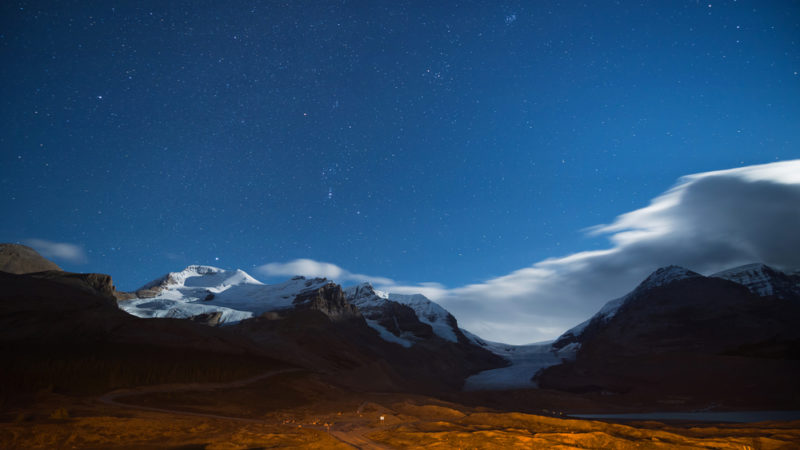 In the past, the starry skies were essential for Hungarian shepherds guiding their flocks back to fold. Today, Hungary is home to some of the best dark skies in the world; in August 2015, Wanderlust named it the third-best stargazing spot in the world. Zselic Starry Sky Park is located within the National Landscape Protection Area, which was originally established in 1976 to protect the natural assets of the North Zselic region. The Triangulum Galaxy is visible to the naked eye here, and in the spring, you can spot Orion and the Orion Nebula, along with the zodiacal light. The Lighting Society of Hungary and 17 surrounding municipalities have worked with the park to minimize the impact of lighting both within and outside the 9,042 hectares of parkland.

This Utah national park was the first IDA-designated International Dark Sky Park, declared in 2007. The park is renowned for its 3 natural bridge formations (hence its name), one of which is the second-largest in the world. The area was first designated a park in 1908. In the summer, the park provides astronomy ranger programs to help share its gorgeous nighttime skies with some of the 95,000 people that visit each year. The Milky Way is very clearly visible and the desert conditions of the area make for many nights of clear viewing throughout the year. During an assessment by the NPS Night Sky Team, the park registered as a Class 2 on the Bortle Dark-Sky Scale, making it one of the darkest skies in the lower 48 states. 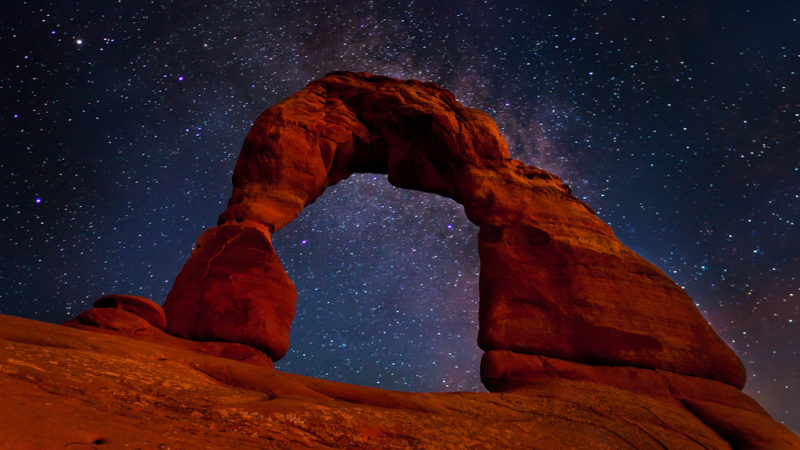