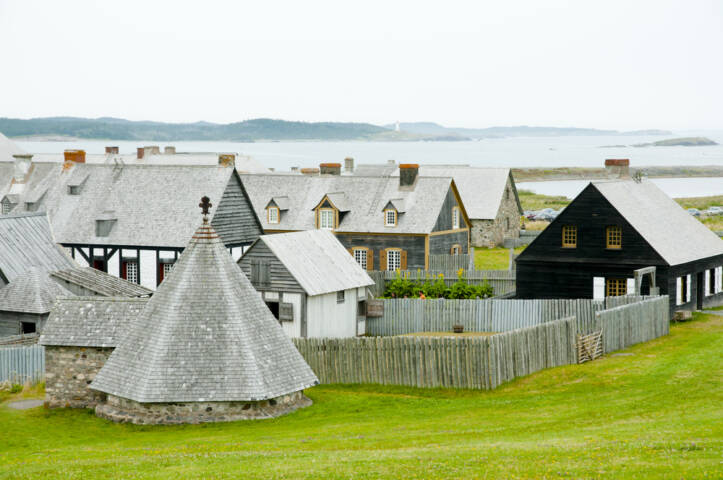 Canadian forts offer a glimpse into the past, built over the last two centuries to defend the young country. Nowadays they stand as a testament to the history of Canada and offer visitors a chance to go back in time. Many of these historic forts have been rebuilt time and time again, in order to give visitors access to them. Beautiful views, fun activities and a great lesson in Canadian history await visitors to these eight historic Canadian forts.

This coastal artillery fort was built in the 1890’s, intended to defend Victoria and the Esquimalt Naval Base. The site is adjacent to Fisgard Lighthouse, the first lighthouse on the west coast of Canada. Visitors here have the chance to tour secret bunkers, military command posts, and original 19th-century buildings.

Hear personal stories of soldiers and their families, explore the nearby tide pools and bring a picnic and spend the whole day here. Known for its breathtaking views, the fort overlooks the beautiful coastline and out into the mountains. Open every day except Christmas, most visitors choose to visit the fort and the lighthouse in the same visit. 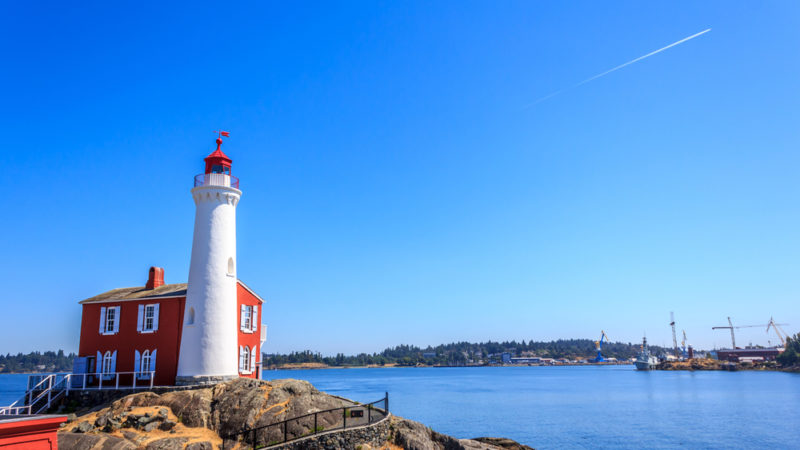 Fort George is the fortified summit of Citadel Hill, first fortified in 1749, the year when Halifax was founded. A series of four different defensive fortifications have occupied the summit of Citadel Hill. While it was never attacked, the Citadel played an important part in the defense of the Halifax Harbor and its Royal Navy Dockyard. The star-shaped structure offers an incredible view of the city and the harbor.

Visitors should plan on taking a guided tour to learn more about the fort’s history from 1749 through WWII. Make sure to visit the Army Museum while you are here to view over 70,000 artifacts chronicling Atlantic Canada’s military history. Visit in July and be a part of the Great Canadian Backyard Campout where you can set up camp inside the walls of the citadel. 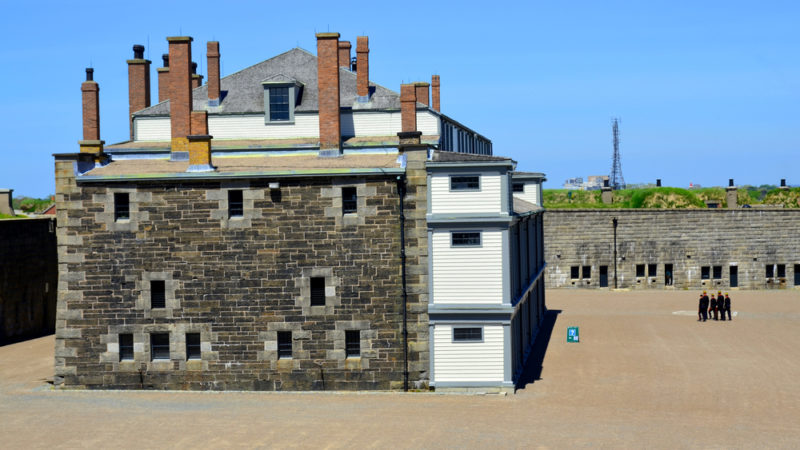 This imposing stone structure has been guarding part of one of the largest navigable waterways in North America for more than two centuries. It was first constructed in 1711 to defend the colony and three wooden forts preceded the stone fortification. For many years this fort was the main footing of the defensive chain of fortifications along the Richelieu River, which was the easiest route into New France.

The fort was lost to the British in 1760 in The Conquest of New France, captured by American forces in 1775 and finally restored in 1882 by a citizen of Chambly. Today visitors can see a fully reconstructed version of the fort where they can learn more about New France history and culture. 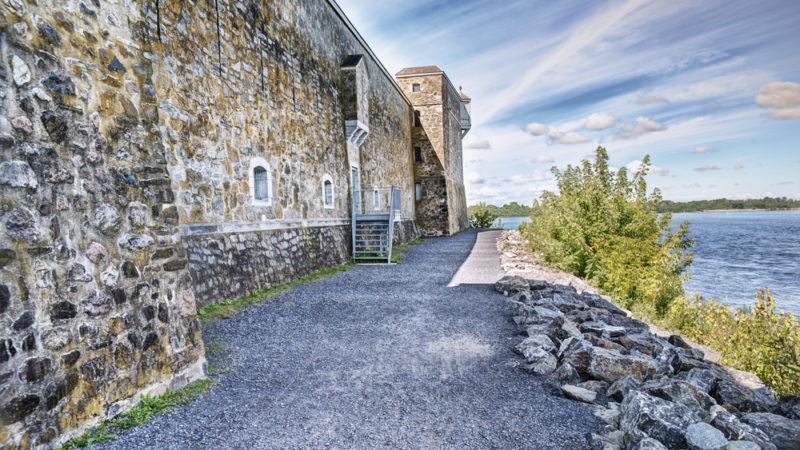 It was one of the first permanent fur trading posts in the West, built in 1805-1806 and has been rebuilt a total of four times. Visitors here will get a good look at life in 1896 that includes a fur warehouse, storage facility, trade store, and gardens. It displays the largest group of original wooden buildings representing the fur trade in Canada and the story here revolves around the relationships and interactions between the fur traders and Native Peoples of the region.

Its location on Stuart Lake offers fun for outdoor enthusiasts including hiking, sailing, fishing and mountain biking. Special event days happen throughout the year including Salmon Day with its ‘iron chef’ cook-off and Harvest Day.

The original Fort Garry was destroyed in 1826 by a devastating flood, leading the Hudson’s Bay Company to search for a higher ground to build the next fort. Thus Lower Fort Garry was built, 32km north of the original in 1830. What makes this fort so significant is the fact that Treaty 1 was signed here.

Visit here from May to September when costumed interpreters recreate like at Lower Fort Garry in the early 1850’s. Original buildings and walls, hands-on activities and original-to-era furnishings are all a part of the experiment. Around Halloween, candlelight tours are offered through the fort, along with hot chocolate around a campfire.

It was formally known as Fort Amherstburg, built in 1795 by Britain in order to ensure the security of British North America against any potential threat of American Invasion. It here where Sir Isaac Brock and Tecumseh met during the War of 1812 to plan the siege of Detroit. Unfortunately, this border fortification was torn down after the War of 1812. The fort was rebuilt and it’s the second structure that survives today.

Ideally located along the Detroit River, visitors here are privy to some true Canadian flora and fauna including sugar maples, swans, and geese. Throughout the year there are special events such as the haunted fort tours during October and Christmas celebrations that show visitors how soldiers over two hundred years ago celebrated the holiday.

The original settlement was made in 1713 by the French and developed over several decades into a thriving center for fishing and trade. Fortified against the threat of British Invasion during the time of empire building, Louisburg was besieged twice before finally being destroyed in the 1760’s. Luckily for visitors, archeologists have reconstructed the fortress as it was in the 18th century.

Today the site features more than a dozen buildings to explore as well as daily demonstrations recreating life at the fort that includes cooking, dancing, music and military drills. This is more than just a fort to explore, with its three 18th-century restaurants as well as a delicious bakery to explore. One of best things about visiting this fortress is the help you are giving the local economy, which has struggled economically with the decline of the North Atlantic fishery. 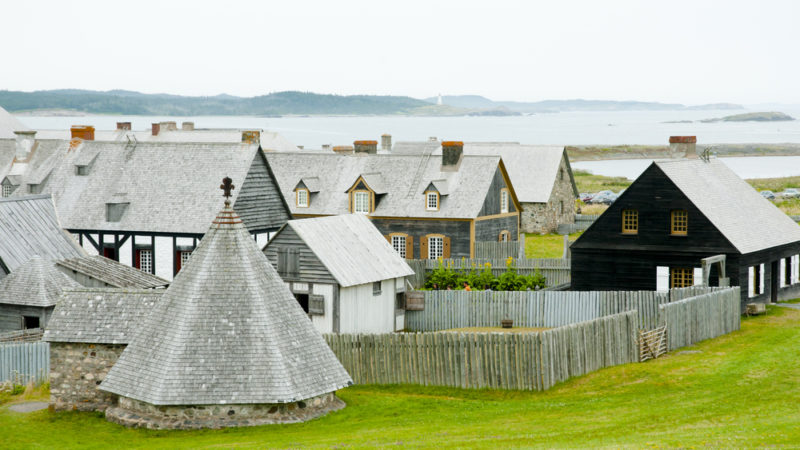 It is known as Canada’s bloodiest field of battle, due to more than 3,000 troops who lost their lives during the Siege of Fort Erie from August 3rd to September 21st in 1814. The original fort was built in 1764 and was the first British fort to be constructed as part of a network developed after the Treaty of Paris concluded the Seven Years’ War. The fort was first a supply base for British troops, before the War of 1812, a base for troops during the American Revolution and later an important crossing point for the Underground Railroad.

The annual Siege of Fort Erie takes place on the second week of August each year and is most definitely the favorite time to check out this historical fort. It is then that re-enactors from all over North America descend on the fort to re-create the historic battles, complete with plenty of firepower. 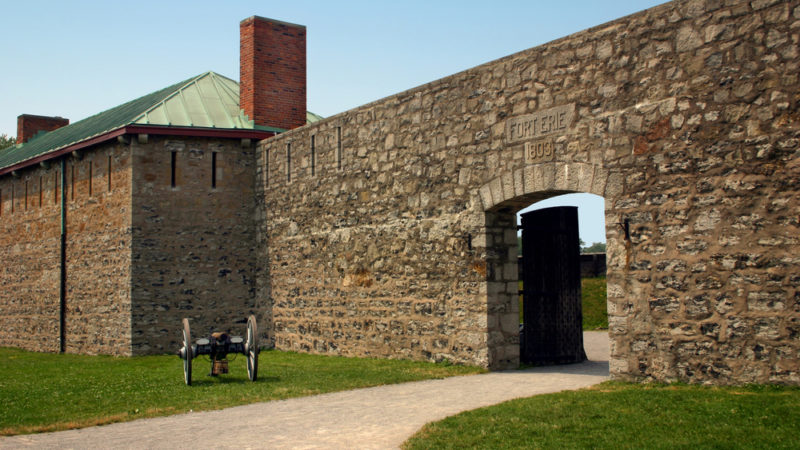