It’s easily one of the most contentious issues you’ll face when traveling: when should you tip and how much should you tip? Even within single countries and cultures, there is a huge amount of debate about who, when, where and how much you ought to tip—and why. When you begin to travel outside your own country, you begin to realize that the debate isn’t one that’s only going on at home; it’s one that’s being replicated in almost every culture and country on the planet. Customs and rules vary widely between cultures and even from state to state, and the practice of tipping service workers is no exception to that rule. As you begin globetrotting, one of the most valuable pieces of information anyone can offer you is insight into the unspoken “rules” of tipping etiquette in your destination country. Knowing when to tip, who to tip and how to tip is almost essential for any traveler: it will show your knowledge and respect of the culture, sometimes obtain you better service and, in some cases, even get you ahead.
That said, it can be a bit difficult to wrap your head around all the nuances and variables involved in what seems like, at first glance, a rather straight-forward custom. Like most social situations, however, there are complex rules and exceptions to every rule.

We start our trip in North America and the countries most readers will be familiar with. In the U.S., tipping is widely debated, but the most common practice is to tip restaurant wait-staff, hairdressers and a handful of other service workers, such as taxi drivers, spa employees and hotel staff. Some people, such as government employees, are never to be tipped, as this can be seen as a form of bribery and is actually illegal! The decision about whether to leave a tip or not is entirely at the customer’s discretion, although a tip of between 15 and 20 percent is considered the norm. Some people argue that customers are not obligated to leave tips, especially if the service is bad, while others contend that certain workers should always be tipped, as service workers are generally poorly paid. In Canada, similar arguments are made, especially since service workers such as wait staff have lower legislated minimum wages than other workers as a result of the culture of tipping. In Canada, a minimum tip is usually 15 percent, although some businesses include a service charge. South of the U.S., in Mexico, you can expect to add 10 to 15 percent to your bill—and most Mexicans would prefer you to tip them in pesos, not American currency; national pride rails against the common view that Mexico is, in some ways, a colony or even a part of the U.S. Tipping in U.S. dollars is often seen as insulting, as though the person leaving the tip views Mexico as American territory. 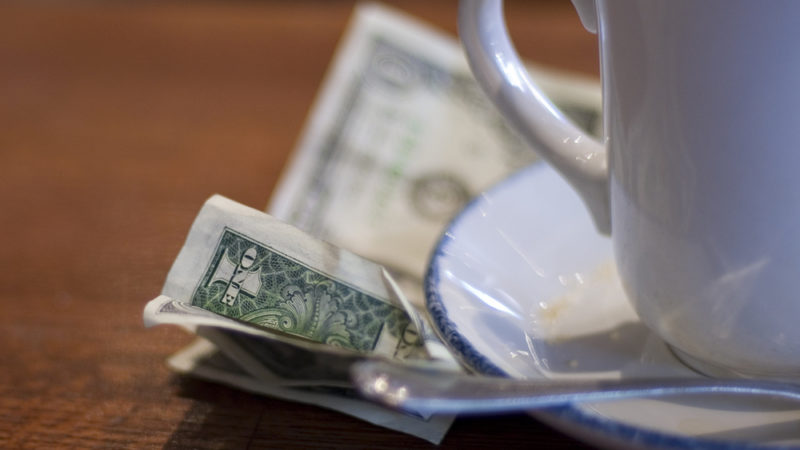 The nearby Caribbean, another popular holiday destination for North Americans, is a veritable medley of practices, often reflecting the country’s European heritage, which may be French, Spanish, Dutch, English or another background. In Dominica, a service charge is typically added to the bill, but the customer is expected to tip 10 percent as well. A few islands over, in St. Barthes, there are no service charges, but customers will be well-advised to tip 15 percent.

Further south in Latin America, the general rule of thumb is simply to add a percentage to the bill rather than to tip. Percentages vary between countries in South America. If tips are given, the percentage is usually low, around 5 percent as in Bolivia, where a tip might be given in addition to the service charge included in the bill. In Argentina, however, a more common practice is for customers to round up the bill and add 10 percent.

Hopping over the Atlantic to Africa, you’ll find that although tipping is commonplace, the actual practice of it varies widely between the multitude of countries and cultures that make up the continent. In Egypt, for example, most restaurants include a tip but customers are still expected to add between 5 to 10 percent on top. The situation is similar in South Africa, although you may be charged a service fee and if the service is bad, you’re not expected to tip. In some African countries, such as Tanzania, you won’t necessarily be expected to tip per se, but you might offer to exchange watches, brand-name clothing or other items for artisanal crafts. These kinds of items can also be offered as gifts for exceptional service. Cash is sometimes welcome as well, although in some cases, an offer of a meal or offering to help pay for something such as school fees is more readily acceptable. This is especially if one is dealing with children, who may be pulled out of school to beg otherwise.

Continental Europe and the Mediterranean is another story yet again. In this region, tipping is not required, although it is considered customary and acceptable to leave a percentage of the bill. However, the most common way to tip someone is to “round up” the bill, often to the nearest euro. In Germany, for example, it’s not uncommon to get a bill for, say, 13 euros and hand the server 15—and get no change. Another way of doing this is for the customer to simply declare what they want to “round up” to, usually to avoid getting small coins. Spain and Italy have a similar culture to Germany when it comes to tipping. France is the anomaly in this case, where “service compris” on the bill means there’s no need to tip, as you’ve already been charged for it. 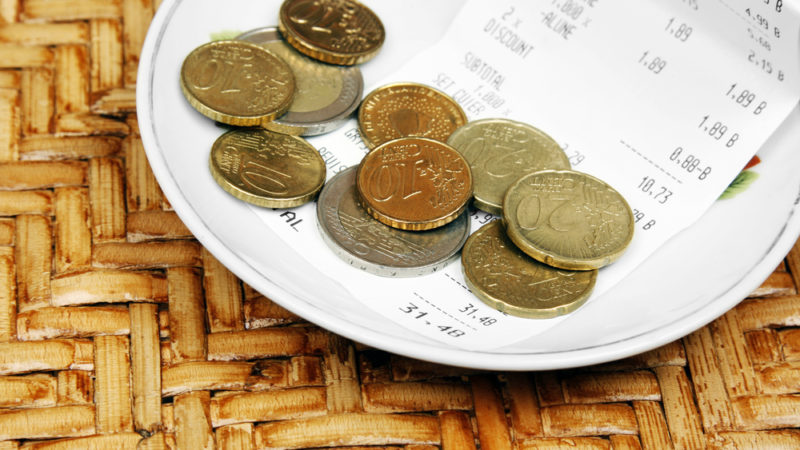 Northern Europe presents another set of customs around tipping. In the U.K., North Americans will find the rule of 10-to-15 percent tips quite familiar. Service charges might be automatically added to the bill by some establishments. In Norway and Denmark, a gratuity is included in the bill, and in Sweden and Finland, a gratuity is often included. If the bill doesn’t have a gratuity already factored in, Swedes will tip, generally by rounding up or leaving small change, similar to their counterparts in Germany.

Traveling to Eastern Europe, attitudes toward tipping are quite different from their Western European counterparts. In most of the Balkans and other Eastern European countries, such as Hungary, tipping is not only customary, it’s expected. In Albania, customers are expected to leave at least 10 percent of the bill or, in some cases, provide duty-free alcohol to service workers, although one needs to be careful with this practice, as it can be insulting to some, especially Muslims. In Croatia, tips are usually between 3 and 5 percent of the bill. 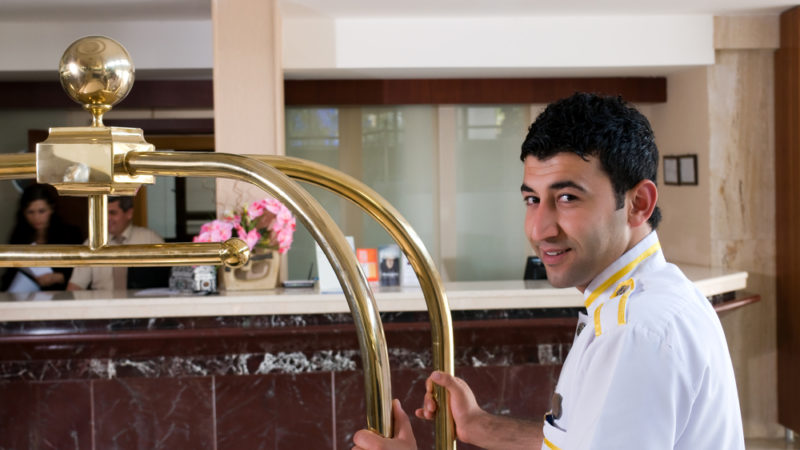 We travel next through the Middle East, which, in some ways, has a lot in common with North American cultures when it comes to tipping. Virtually every country in the Middle East has a tipping culture, and it is expected that you will tip. However, figuring out how and when to tip in this region can be a complex process. Called baksheesh, tips generally make up a good portion of a worker’s salary. Baksheesh can be expected for just about anything, such as holding a door open or pointing out something in a museum (even if you can see it for yourself!). Don’t be surprised if someone reaches out to be tipped; the culture is very forward about asking for a tip. You don’t necessarily have to give a tip, however, just because someone asked for one. If you didn’t like the service, there’s no need to tip. This attitude is also seen in India, but not in Dubai, where a 10 percent service charge is automatically added to bills. 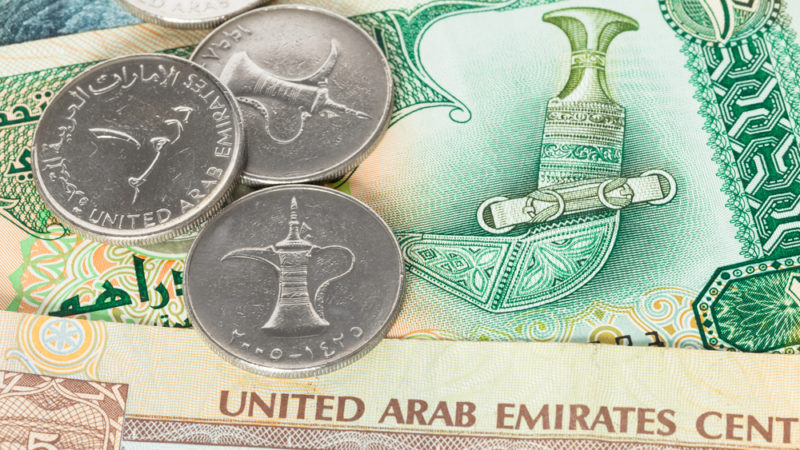 In Southeast Asia, the culture is radically different from North America when it comes to tipping. In countries such as Korea and Japan, leaving a gratuity for someone is not only virtually unheard of, doing so can cause confusion. Some people even see it as rude. Some places, especially those that routinely serve foreigners, will include a gratuity on the bill, such as in Singapore where 10 percent is routinely added to hotel and restaurant bills. Other places allow customers to tip certain service providers, such as taxi drivers in China.

In the land down under, tipping isn’t a common practice at all. Neither Australia nor New Zealand add service charges to bills, and as a general rule of thumb, tips aren’t left for servers unless dining at a higher end restaurant or if you feel you received excellent service.

While tipping, in one form or another, is an almost universal practice, it quickly becomes apparent that “tipping” isn’t practiced in the same way in every country and different cultures have different expectations and approaches to the practice. What might be considered rude in one country may be generous in another or even expected in another still. For that reason, whether you agree with the practice of tipping or not, it’s best to study up on the various practices and expectations you’ll encounter in the places you’re likely to travel to. Whether you believe tips should only be left for good or exceptional service or whether you believe tips must always be left, or even if you’re in the camp that argues tipping is a detrimental practice that drives down real wages for workers, the reality is that, while you’re traveling, knowing the tipping culture and playing by those rules is going to work in your favor almost every time. 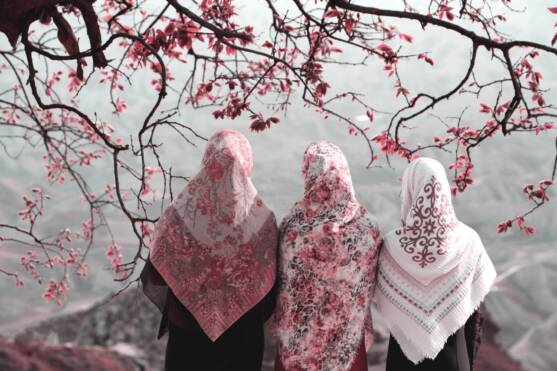 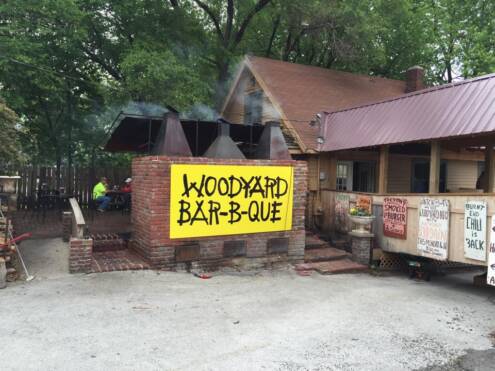 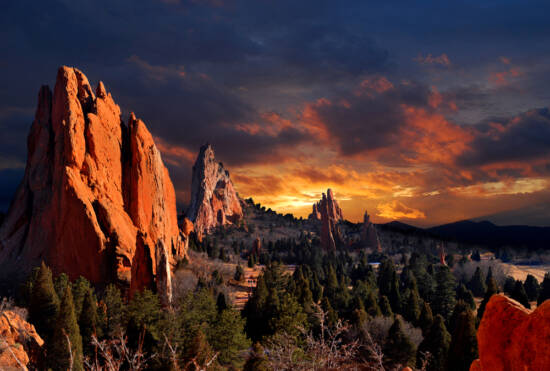 12 Things to See and Do in Colorado 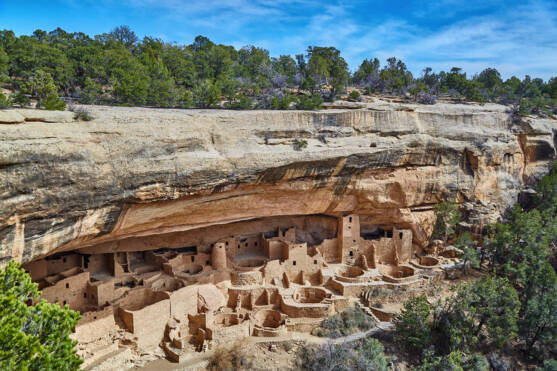 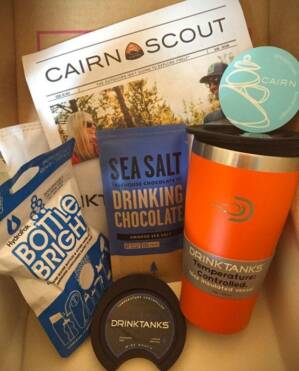 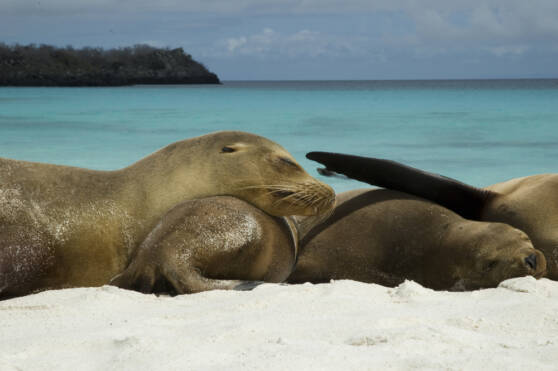 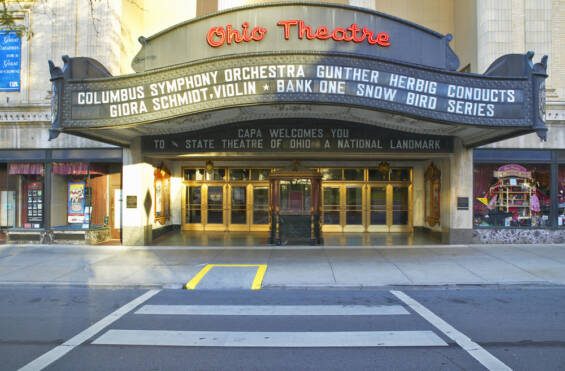